Trending Now
You are at:Home»Learn & Live the Faith»Evangelization»Feathers in the Wind: Scandal and Sharing Online
By Karee Santos on November 2, 2015 Evangelization, Featured, Live in Christ, Marriage 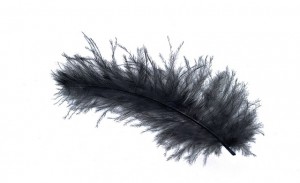 St. Philip Neri once told a woman that as penance for her gossiping, she should scatter a pillowful of feathers into the wind and then walk about the town collecting every feather. The task was impossible, of course, and it emphasized that we can’t take back our words once they’ve been uttered. That’s especially true online. But in the age of social media, we reveal more rather than less, constantly chattering about parts of our lives that we used to consider too private or too inconsequential to share. Just went to the doctor? Post on Facebook. Enjoyed our lunch? Tweet about it. Oversharing has become commonplace.

What’s more, the tell-all has become the new teaching tool. A recent article entitled “I Donated My Eggs, and I Regret It” from the Verily Magazine website got more than 2,000 shares. An article entitled “I Use Natural Family Planning as My Birth Control” on the Cosmopolitan Magazine website got more than 6,000 shares. These articles speak the language of emotional connection in an era when statistics are less convincing than heart-felt personal witness. The articles make good points, such as Natural Family Planning is effective and worth trying, and egg donation harms women. But is the medium overshadowing the message?

Mary Kochan of CatholicLane argues that it is, and she focuses particularly on marriage-related posts and articles that women write in the hopes of giving helpful advice to others with the same vocation. Kochan recently wrote:

We can give our public assent and recommendation to Catholic and biblical principles without inviting every passerby into what should be our private conversations. …Among faithful Catholics, there is too much public disclosure on Facebook, on blogs, and in articles, of the details of marriages. Intimate matters, about which we ought to be reverently reticent even with close friends, are being made the subject of online discussions with strangers.  The weaknesses and foibles and even sins of spouses are being held up to public scrutiny.

One reader strongly disagreed with the article, commenting on Facebook:

I think most Catholic bloggers are real and honest about marriage and we need more of that. …I always ask my husband before sharing things about our marriage but we’ve struggled because we had to learn everything on our own coming from divorced parents and getting no marriage prep so I share hoping to save people some heartache.

How do we draw the line between scandal and sharing, between gossip and helpful advice? According to the Catechism, scandal is more than surprise or shock. Scandal “leads another to do evil. The person who gives scandal becomes his neighbor’s tempter” (CCC 2284). So, depending on your perspective, an article about someone’s reproductive system might seem disgusting or extremely helpful. But unless it tempts someone to sin, it’s not scandalous.

Gossip can be sinful if it amounts to calumny — that is, harmful untruth — or detraction — that is, public disclosure of another’s faults and failings for no good reason (CCC 2477). Our words have the power “to destroy the reputation and honor” of others (CCC 2479). Most of us who blog or talk about our marriages online probably aren’t deliberately spreading harmful untruths about our husbands or our families. But we might be inadvertently harming their reputations or our own. So it’s important to ask ourselves what our spouse or kids might think if they read what we say. It’s an even better idea to do as the reader above suggested and ask our spouses first before sharing certain details of our married lives.

When it comes to watching our words, no area is fraught with more difficulty than sexuality. Catholic teaching on sexuality is wildly misunderstood. Even the clearest statement, like “contraception is a sin,” can require volumes upon volumes of explanation and still leave the modern mind unconvinced. Personal witness can turn the tide.

Not everyone is called to evangelize on the issue of sexuality. But a full picture of the Catholic Church’s teaching on marriage has to include it. The Catholic marriage advice book that my husband Manuel Santos M.D. and I wrote includes a whole section on fruitfulness, with one chapter devoted entirely to married sexuality. The chapter wasn’t easy to write. The first draft was self-consciously stodgy, since we didn’t want to cause scandal.

Our editor was not happy with the way that we essentially hid behind the dry words of doctrine. “But everybody always yells at me when I write about sex!” I protested. My very few blogposts on sexuality had drawn ire or at least expressions of concern from my husband, my father, my spiritual director, and even other Catholic authors and bloggers. My first post on the topic sparked a pitched battle across the Interwebs between those who felt I was buying into the Main Stream Media’s Cult of the Orgasm (is that a thing?) and those who felt I was offering important information that young Catholics couldn’t find anywhere else.

From the high number of Catholic patients seeking my husband’s psychiatric advice with respect to their married sex lives, we knew that we needed to give the best and most forthright advice we could. So, in our book, we tried to follow the general guidelines developed by the coordinators of the Archdiocese of Newark marriage prep program, God’s Plan for a Joy-Filled Marriage. The guidelines state that in teaching couples about the Catholic view of sexuality:

Personal witness … can be a powerful gift to help them relate, learn, and feel unjudged. Stay relevant, minimalistic on details, and veiled. Personal witness and example can be too explicit and go to a level that causes them to be uncomfortable, shut down, and tune out.

In my opinion, these guidelines provide a great roadmap to discussing the Catholic view of sexuality in any forum, including online. Kochan’s CatholicLane article argues, to the contrary, that advice should be given in private:

There are people who are qualified to do marriage counseling and who, through training, are equipped to help other couples apply general principles to their own situation. They can be very helpful, both in strengthening solid marriages and bringing healing and restoration to troubled marriages. But this is personal and confidential work

Not everyone can locate or afford a Catholic psychiatrist or psychologist, however. Devout Catholics have gone through their own modern-day diaspora. It’s hard to find anyone who understands our perspective, much less someone living close by. Social media gives us a safe space to express our fidelity to ideas that our family or next-door neighbors may never understand. We talk on social media because here are the people who speak our language.

Although we definitely need to avoid gossiping or scandal, my opinion is that people who blog or post in support of Catholic marriage offer a much-needed support network. As one lady blogger declared on Facebook, “Write on!”

This article was previously published on Karee’s blog Can We Cana?