Trending Now
You are at:Home»Featured»Filling the Bucket of Self-Esteem
By Chelsea Houghton on April 4, 2013 Featured, Parenting 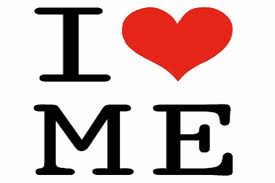 Self esteem. A modern essential.

Self esteem was a term invented by Sigmund Freud. The concept has taken wings since then, enhancing other modern philosophies. In the modern world, ever increasing affirmation of self esteem is key through political correctness (not offending anyone), relativism (everyone is right in whatever they think) as well as in the media, educational and parenting philosophies. High self esteem is seen as essential to happiness and fulfillment as a person. Even though this movement has been criticized from all corners, it still seems to be on the rise. Catholic schools run “self esteem” courses in religious education and retreats. If you aren’t parenting to increase your child’s self esteem then what are you doing?

I recently saw a quote that had gained much popularity in social media: “Parents need to fill a child’s bucket of self-esteem so high that the rest of the world can’t poke enough holes to drain it dry.” – Alvin Price.

Although I haven’t read Alvin Price’s work, I disagree with the quote above.

Don’t get me wrong, it is important to love your child, to let them know they are loved and to encourage them. However, when the primary goal is to make self esteem central, this becomes egoism pure and simple. It leads to narcissism.

Self esteem can be easily knocked – by appearance (in a world of ever increasing beauty ideals), by hormones, by peers, by test scores, by sports games and by criticism. Everything is temporary. A child who is built up on his skill at sport, her good looks, an IQ, his friends, or by his parents could lose those things in an instant.

Parents who aim solely to fill a child’s bucket of self esteem will fill them with unreal expectations that the world was created for them and that they can do no wrong.

Our education system has removed “fail” from its vocabulary, as it is harmful to self esteem. I don’t know about the American system, but in New Zealand students get “Not Achieved” and the whole education system is about gaining basic credits in any way possible and resitting tests in order to get as many students as possible to pass. That way no one really fails. I recently spoke to a former teacher who said that one of the reasons she left teaching was she found that parents and children were becoming so hard to deal with. They thought the sun shone from them. Parents couldn’t see what their children were really like, and children were arrogant, hard to correct and couldn’t deal with failure. Studies have shown that self esteem has little to do with actual success in education. In one study, Korean and Japanese math students rated themselves with less confidence in their abilities, compared to American students, yet consistently had better scores.

The lack of dealing with failure is evident in the high suicide, depression and substance abuse rates with our teens. In my small country of New Zealand (population around 4 million), 80 teens (15-19 year old age group) committed suicide last year, compared with 56 the year before. In the United States, 4600 young people lose their lives to suicide each year.

Its hard work to constantly need to be full of “you”, when the world tries to “poke holes in you”. The world pokes holes to make you a better person. To refine you and encourage growth. Being unknockable creates vanity and pride.

Better than self esteem is the Truth that each and everyone is created by God with Purpose. That each one of us is of value as a child of God who was created with love in the image and likeness of the Creator. Christ teaches us to deny ourselves, and that all we do gives credit to God, not to ourselves. However through this perspective, this purpose, comes a greater love for oneself and others through seeing all people as beautiful creations of God.

We are filled by giving. God created you for love. To receive love and to give love. As Mother Teresa once said “For love to be real, it must cost—it must hurt—it must empty us of self.” Jesus himself said, “Truly, truly, I say to you, unless a grain of wheat falls into the earth and dies, it remains alone; but if it dies, it bears much fruit” (John 12:24).

The Church Fathers define sin as “the love of oneself to the point of despising God;” if this is the case then it is obvious our world is full of sin, as love of self has become natural and justified beyond the love of God. Pelagianism was a 5th century heresy that was rejected at the Council of Ephesus. It was very similar to all this talk of self-esteem. Pelagius taught that man is born good and that he can save himself by his own efforts without any need of help from God. This heresy has been reborn, disguised and accepted in the 21st century. It is indoctrinated from as early as an infant can watch Sesame Street.

The knowledge that you were created by a higher power for a specific purpose is an adventure. A mission to find out what God created you for, to fill yourself with passion, to give that gift back to those you meet through love. No matter the setback, the hurt, the loss. You are going to fail. There will be peaks and troughs. Christ’s life was filled with sufferings and temptations but in that suffering he was able to rejoice because he was doing God’s will. You were made for more that this world. You were made for eternity. Life is a small trial compared to the promise of eternal happiness beyond.
This article originally appeared on Ignitum.com and is used with permission.