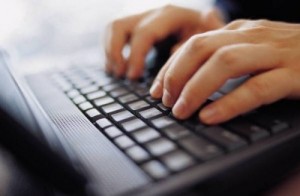 Francesca Minerva and Alberto Giubilini, who wrote in an “academic” paper that killing newborn babies should be as permissible as abortion, say that they have received death threats.

Death threats are not the right way to respond to intellectual aberrations, however obscene they may be. On the other hand, Minerva and Giubilini should not reverse the roles of victims and perpetrators: it is they who, through their paper, have issued a death threat not against individual persons, but against millions of people. The primary target of this threat are all children below the age of reason, present and future ones, born with or without a physical or mental handicap. And, ultimately, their threat is not only against children, but also against any adult person whose existence requires others to provide “energy, money and care”. Mrs Minerva and Mr Giubilini supply an intellectual toolkit with which nearly any killing of unwelcome children, parents, neighbours, etc., could be justified. Not being murderers themselves, they are at least complicit in the murders others might perpetrate.

In an attempt to downplay her deviant publication, Dr. Minerva has claimed freedom of opinion for her thoughts, explaining that she had not actually proposed to kill anyone:

“This is pure academic discussion. I wish I could explain to people it is not a policy and I’m not suggesting that and I’m not encouraging that.”

Prof. Julian Savulescu, the editor of the Journal of Medical Ethics where the piece was published, is quoted as saying:

“The goal of the Journal of Medical Ethics is not to present the Truth or promote some one moral view … This ‘debate’ has been an example of ‘witch ethics’ – a group of people know who the witch is and seek to burn her. It is one of the most dangerous human tendencies we have. It leads to lynching and genocide. Rather than argue and engage, there is a drive to silence and, in the extreme, kill, based on their own moral certainty. That is not the sort of society we should live in.”

These attempts at justifying what clearly is not justifiable are perhaps even more disturbing than the article that has triggered the debate. They reveal an utter incomprehension on the side of Dr. Minerva and Prof. Savulescu of their role as academic researchers.

Firstly, it is absurd for researchers not to search for Truth. While everyone agrees that academics should be very cautious with claims to possess absolute truth, it is equally clear that an academic culture that declares truth to be irrelevant, or that values ‘debate’ higher than ‘truth’, betrays the very purpose of learning and teaching.

Secondly, Dr. Minerva and Prof. Savulescu seem to forget that every practice is preceded by theory. Karl Marx did not himself kill anyone, but was a grey bearded academic writing books. Yet it was he who provided the ideas that were later put into practice by Lenin, Stalin, Mao, Pol Pot, and other mass murderers. Charles Darwin was a serious-minded researcher, and his evolution theory is generally considered a mere scientific theory – but his suggestion that evolution is a competition for survival between different species was soon picked up and used by others to justify eugenicist policies that discriminated not only against the sick and handicapped, but also against those belonging to an ‘inferior’ race.

In other words, academic writers are responsible for what happens if someone begins putting their theories into practice. The excuse that “this is pure academic discussion” will not do. Minerva and Savulescu cannot free themselves from responsibility for what they are writing and publishing.

In Dostoyevski’s novel Crime and Punishment, the murderer, Rodion Raskolnikov, is not a monster, but a student of philosophy who has published a paper in an academic journal, in which he theorizes that nobody could have an objection against the killing of a person who contributes nothing to the common good of society, but who, living on the revenues of his capital, is only a parasite. He then puts his theory into practice, killing an old widow who lends money against usurious interest. He finds out that his theory was wrong and that even usurers must not be murdered. In the end he hands himself over to the police, seeking due chastisement for his crime. (It is thought that Dostoyevski wrote his novel precisely because he had read such an article in an academic journal of the time. The theories of Minerva and Giubilini are thus not as new as some may think…)

Finally, this is also the occasion for a more general remark. In every academic discipline, there are some assumptions that are axiomatic. They are so fundamental that it would be absurd to ask for them to be proven, nor would it be possible to prove them. In the domain of ethics, one such axiomatic truth is that it is immoral to kill innocent and defenseless human beings. No argument is required, nor is it available, to prove this truth, which is self-evident. Indeed, it is impossible to discuss ethical questions with people who flatly deny the existence of categories such as good and evil. It is for this reason that Aristotle, the founding father of all modern philosophy, said that “when someone asks ‘why am I not allowed to kill my mother?’, he should not be given an answer, but a slap in the face”.

Thus, the opinions put forward by Minerva, Giubilini, and Savulescu, even if their authors have academic titles and write in academic journals, cannot be seen as contributions to academic debate. They are mere obscenities that should not be considered worthy of an answer – they merely disqualify those uttering them.

This being said, there is also one merit in the paper written by Minerva and Giubilini: it demonstrates with (perhaps unintended) clarity that abortion, infanticide, and the killing of an adult person, are essentially one and the same, and that there is, from a moral point of view, no real difference between the one and the other. But the consequence must, of course, be to prohibit abortion, not to legalize murder. The problem is not that Minerva and Giubilini say that abortion is the same as infanticide (indeed it would be hypocritical to deny this), but that they argue in favor of both.

Rather than describing, as Minerva and Giubilini propose, infanticide as ‘post-natal abortion’, we should describe abortion as ‘pre-natal murder’. If the controversy around the paper, even though that seems not to be the intention of its authors and editor, contributes to making people think once again about abortion, then we might as well be grateful for it.