Trending Now
You are at:Home»Columnists»First Responders: The Missions of Saints Peter, Paul, and Mary
By Rev. Tucker Cordani on April 4, 2013 Columnists, Featured 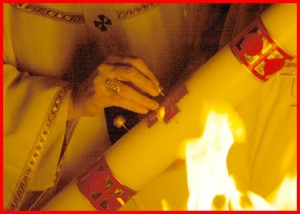 Mention the names Peter, Paul, and Mary and for some the sixties folk trio comes to mind.  On the night of the Last Supper, the Peter, Paul, and Mary of the New Testament weren’t singing “Puff the Magic Dragon,” or “Leaving on a Jet Plane.”  They were singing, more or less in line, Psalm 118, the Great Hillel.  “This is the day that the Lord has made; let us rejoice and be glad” (24).  This was the psalm that Jesus and Peter and the other disciples sang as they moved across the Kidron Valley to the Mount of Olives.  Young Saul of Tarsus, the pre-Paul Pharisee, and Mary, also sang this victory song.  In those days, among the ancient biblical Jews, it was a pretty big hit too.

Twenty-four hours later, the disciples would be singing a funeral dirge following the Crucifixion.  What a difference a day makes.   Jesus Christ is the same yesterday, today, and tomorrow, but from a mortal perspective the movement was over.  Psalm 118 was the key; to overcome their grief and the surety of Jesus’s way, they had to rewind.    The Resurrection is not the end of the story or the beginning but it is the continuation of the tale begun long ago when God spoke into the darkness and created the light.  The Book of Genesis tells us that God created the world in six days and then on the seventh day he rested.  He did this one day at a time and each day when he finished he looked at what he made and saw that it was good.  Life has many difficult moments, many which we cannot foresee, but in Christ we can rise again.

After the Crucifixion the disciples locked themselves in the upper room, fearful of the authorities who had killed Jesus.  “Will we be next?  When will the temple guards crash through the door?”

Instead, Mary of Magdala arrives and delivers some disturbing information:  “They have taken the Lord from the tomb, and we don’t know where they put him.”  John and Peter run out the door and through the city to the sepulcher to confirm Mary’s story.  They did not yet understand the Scriptures, that he had to rise from the dead.  But they are certain that everything is now different.  With the vision of the empty tomb, their world changed again.  How credible is Mary’s story?  She is believed by some to be the woman who was rescued by Jesus after she got caught in adultery.  Mary was a woman who struggled with seven devils until one day Jesus cast them out.  In gratitude she followed her Lord and from that day she took him into her heart.  By helping Mary to overcome those devils Jesus was preparing her for something else, that which she could not foresee.  Jesus needed her help.

Peter, Paul, and the Spirit at Pentecost

For the next fifty days we will read in the lectionary selections from the Acts of the Apostles until the celebration of Pentecost.  In Acts, Saint Peter and Saint Paul are the major characters, the co-protagonists, who live in the moment to preach the gospel and who come to believe the role of God in their lives and for the salvation of the entire world.  Peter’s understanding of Jesus as Lord came to him over the three years he followed him until the day of the Resurrection when he believed all that he had seen and heard about Jesus.  Peter’s faith needed that much affirmation.  After Easter his change of heart was sudden, dramatic, and convincing, and he moved swiftly throughout the world to proclaim the gospel as he recalled the days he spent with the Lord.  And it all began with that one day when Jesus climbed aboard his boat and said, “Put out into the deep.”  So many days passed in the company of the Messiah that Peter felt as if he were living in a dream.  In time of distress and trial, filled with fear of the unexpected, Peter had only to look back on those days.

The Apostle Paul’s encounter with the Lord was similar to that of Mary and Peter.  A few years after the Resurrection, Paul’s acceptance of the truth happened dramatically near Damascus when he saw the risen Jesus who spoke to him and gave him the same commission he gave to them and the other apostles:   Go into the world and preach the gospel to every creature.  Paul never forgot the sight of the risen Messiah and every day he worked to carry out his divine mandate.  In his search he continued running toward that beatific vision again and he was also commissioned.  “For our paschal lamb, Christ, has been sacrificed.  Therefore, let us celebrate the feast” (1 Cor 5:7).  That day outside Damascus changed everything.  Paul heard the voice of Christ and saw the light and he was never the same, never looked back.  He spent the rest of his days searching to relive the sacred light and to hear the voice of that light–the same light of which God spoke in the beginning–to illumine his way and carry him through the trials and challenges he surely met each day as he journeyed along the world’s highway.  Nothing compared with the brilliance of the sun outside Damascus but the memory of that day was enough to sustain him until he completed the race.

The Beat Goes On

The Story of God as depicted in the lives of these first evangelizers–Peter, Paul, and Mary–unfurled brilliant and verbal as any other portion of the truth first spoken by God that day when he said, “Let there be light.”  The light of the Lord that we see glowing from the Pascal candle during Easter bears the same light of creation that scattered the darkness and led the people of God through their journey during salvation history.  At the Resurrection they saw and they believed and the belief in the Scriptures that spoke of Jesus powered them to proclaim the truth to the world dying to receive the light of Christ.  At commencements how often is the phrase used, “this is the first day of the rest of your life”?  Today and everyday is the eighth day, the Easter that empowered the baptized faithful to rise above fear of the power of darkness and to follow the light of Christ and preach the faith with love from the heart in accordance with the truth:  Christ is Risen.  This is the day The Lord has made; let us rejoice and be glad.  Amen and Alleluia.