Trending Now
You are at:Home»Columnists»Fixing The Frig on Fumes
By Karen J Rinehart on April 18, 2011 Columnists, Humor 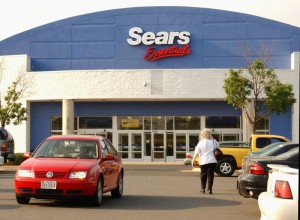 You’ve heard of, “Do it Yourselfers”? Well I’m from a family of, “Fix it Yourselfers.” Every home project became not just a teachable moment but prime daddy-children bonding time. When I moved out on my own, my trousseau consisted not of family linens but a socket wrench set and basic Craftsman tools.

So last week, when my refrigerator deli drawer crashed to the ground, I scraped up the salami and prepared to fix it.  Except the Parts Weasel at 1-800-Sears insisted I wasn’t in touch with reality if I believed the actual existence of the part numbers printed in my owner’s manual.  Additionally, the big white box of broken plastic brackets formerly known as My Refrigerator didn’t exist either.

Fine. I’d do what it took to fix it myself.  It wasn’t easy; so when I succeeded, I e-mailed my fellow fix it family members.

“Dear Family, today I waged war on shoddy plastic parts the world over and triumphed over the “nonexistent” replacement part for my Kenmore refrigerator.

My weapon of choice? Goop adhesive, Plumber’s version. (Thanks Dad putting tubes in our stockings last Christmas.) That and the scratch awl, a wooden dowel, hammer, plastic anchor, washers, (trimmed with surgical scissors), phillips screwdriver, one and a half inch washer topped screws, two cups of coffee, three frozen Butterfingers and the solemn oath I took to not remove my head from the adhesive fume-filled caverns of the refrigerator until I’d defeated the enemy.

That last part was probably a mistake.

Anyhoo dudes, did you know the space between the refrigerator walls is stuffed with flimsy styrofoam? No wonder the bracket cracked under the weight of the Deli drawer and didn’t hold with the 3/4 inch screws.  It’s like trying to anchor screws into marshmallow fluff!  For each bracket mounting hole, I inserted an anchor, squeezed in the Goop, then added a washer and screw.  To seal the victory and insure no counter attacks, I caulked around the perimeter of the bracket with additional Goop. Cheers, Karen”

My youngest brother, whose motto is, “Never fix anything today you could put off until a sibling visits.” wrote, “I’d have bought a new refrigerator and had the old one dumped in Insurance Weasel’s front yard. Close that tube of Goop already!  You can’t afford to lose any more brain cells.”

Leave it to my brother the show-off to reply within 10 minutes.  With a jingle.

“Does Goop fill gaps?
Does gap fill goops?
Is Sears a bunch of nincompoops?
Just take a washer, and some glue,
Insert a number 6 wood screw,
Then tighten down with extra care —
Make sure dat you don’t strip dat dere!
The Goop and screw the gap are fillin’
In Karen’s icebox. She be chillin’.”

And to think some families can still bond, let alone exist several generations, without ever discussing a single household appliance repair.