Trending Now
You are at:Home»Featured»Flash Fiction: The Last Ship
By J.B. Toner on March 26, 2012 Featured, Fiction 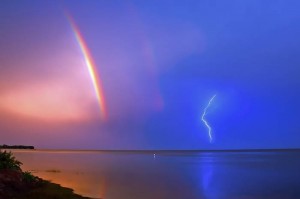 “There’s trouble in Midgard again,” said the Watchman.  “They need a Hero.””Very well,” replied the Director.  “This is a job for Chase Hardrock.””But sir, Mr. Hardrock is out on leave.”

And so, Bob from Accounting set out on his great Adventure.  The Galleons had sailed when he came to the harbor, and he barely caught the last ship for Midgard–a little sloop called the Joy and Hope.  “Thanks for waiting,” he puffed, as he came bustling up the gangplank.  “I almost forgot my calculator.”

The grizzled old captain gave him a strange look.  “You won’t be needing that, son.  Where’s your Sword of Power?”

“My–my what?”  Bob nervously adjusted his tie and clutched at his folders, half-suspecting another practical joke.

“Little man, do you understand what you’ll be facing on Midgard?”

“Well, er–not specifically, but it sounded pretty serious.  Some kind of auditing nightmare, no doubt–maybe another tax evasion scandal.”

“I’m afraid not, my friend.  You’ll be facing nothing less than the very Lords of Hell unleashed upon Earth:  demons of flame and dread, serpents whose gaping jaws will scrape the land and sky, fell slavering hounds asnarl with dire and glittering fangs of malevolence.  The ground itself will tremble beneath the tramping feet of the legions of the damned, and against them, for the sake of all mankind,  you will stand alone upon the field of final battle.”