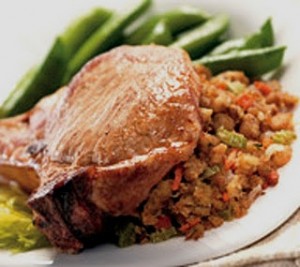 For most women when the buzzing alarm goes off in the morning, it isn’t because farm chores await completion and the baking of a hearty breakfast beckons. That’s someone else’s story. Instead, most likely, eyes peel open in order to face the daily grind—coffee, a commute, and a cubical. These days, there is more and more societal pressure for women to work outside of the home rather than in it. Pressure aside, what do most women really desire?

Perhaps clues to answering such a question lie in our analysis of the show “Pioneer Woman.” Just in case you don’t tune into the Food Network hit, the series is about a mother and wife named Ree, a “city gal” turned “rancher’s wife.”  She spends her days on her Oklahoma homestead providing nourishing meals for four kids and a husband who work the farm. Now, thanks to reality TV, fans from afar can be a part of it. According to The Wall Street Journal, more than a few folks are tuning into the cooking show. In fact, “the Pioneer Woman draws an average of about 8 million viewers, making it the most watched show with 25 to 54 year old women.”

At first, it may be easy to dismiss the popularity as “escapism.” After all, farm life is entirely different from most people’s life of office work and homes in suburbia.  However, let’s take a second look at the age bracket that follows this farm cook. In the United States, the average age of first time mothers is 25 years old; whereas, the median age of menopause is 51 years old. It would appear the show is a favorite among women in their “fertile-family years.” What does food have to do with fertility?

It is no secret that contraception has helped to enable women to work. What paved the way for the usage of contraception among even Christians? Certainly it was not the Catholic Church, who in her wisdom stood firm against birth control and continues to do so. (For more reasons to “why” please review Humane Vitae). Rather, it was the Seventh Lambeth Conference, which is the decennial assembly of bishops of the Anglical Community, that employed it. In 1930, over 300 bishops approved the use of birth control in limited circumstances.  Today, we see that the Anglican idea of “circumstances” have grown beyond “limited.”

Interestingly, the onset of retail frozen food occurred in 1930 as well thanks to a man named Clarence Birdseye. His invention allowed fish, meat, and vegetables to be “flash frozen under high pressure” after being placed in waxed cardboard containers. In order to market his frozen food products, Birdseye tested them in groceries’ display cases in 1930, and by 1934 was manufacturing them.

Before the invention of frozen food, a woman would have spent upwards of 30 hours a week providing food for her household. That’s a full time job of plucking chickens, baking bread, and beyond. Industrializing food made work outside of the home possible, as did the Pill. Thanks to these new innovations, food is packed with preservatives, processed ingredients, and extra sugar and salt. Prepared food is a far cry from a home-cooked meal, but for many decidedly workingwomen it has to do. According to Bloomberg’s Megan McArdle there is a causation: “[N]o pre-packaged foods, no women’s liberation. We’d still be in the kitchen, making marinara from the fresh tomatoes we’d grown in our own gardens.”3

Frozen food and contraception have been the destruction of homemaking; yet not the destruction of desire for it, at least with 8 million female viewers vicariously living through Ree. According to Juli Loesch Wiley writing in the New Oxford Review, there is a love for “American pioneer stories, not only because of ‘adventures’ involving wild animals and forest fires, but also because the homey descriptions of candle-making, maple sugaring, house carpentry, and other domestic industries have a deep and persistent appeal.”

Women are working outside of the home more than ever, and there are hundreds of frozen food and prepackaged options along with fast-food restaurants on speed dialing. Nevertheless, might women be yearning for something more… something more simple? Maybe more women do wish they lived a life where they awoke early to prepare home cooked meals to their children and spouse instead of rushing off to work for someone else. Such a life is biblical, after all, “She rises while it is yet night and provides food for her household.” (Proverbs 31:15)

Providing food for a family has become a burden instead of a blessing. For numerous working women, dinner is perhaps the most stressful part of the day. Surely, women yearn to make food filled with love instead of preservatives. Eating zapped frozen dishes while tuning into the “Pioneer Woman” to daydream is a band-aid on such a wish.

According to Dr. John Cuddeback of Christendom College, “food should nourish the body with loving attentiveness.” From the way food has been raised and made, it becomes an “object of loving attention… that evokes from us gratitude.” He points out that “you can taste the love of the person who made the food lovingly in the food.” As Scripture says, “Better is dinner of herbs where love is than a fatted ox and hatred with it.” (Proverbs 15:17) Modern food, when it is homemade by a working mother, is most likely filled with stress. While the machines that make prepackaged food are incapable of love.

Dishes do not have to be devoid of love. For 8 million women and beyond, being a farmwife is just a fairytale, but it doesn’t have to be. C.S. Lewis once said, “Homemaking is surely in reality the most important work in the world. What do ships, railways, mines, cars, government, etc. exist for except that people be fed, warmed and safe in their own homes. So your job (homemaking) is the one for which all others exist.” With that said, I give women permission to live a more “traditional life” filled less with stress, and more with love. I propose flushing the pill and the frozen meals down the drain. We need a liberation movement for the feminine heart’s desires. During the “fertile-family years,” it is time to put life and love back into both food and lovemaking.