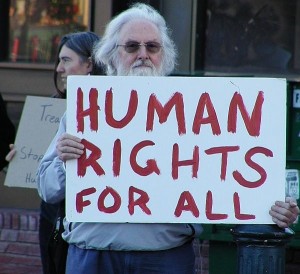 Sometimes I wonder if anyone really thinks through what it means to be a human being anymore. There are so many signals being transmitted hither and yon these days that it makes the mind spin—and very few of these signals are grounded in natural law or even common sense.

For example, I read a headline asking, “Is Costa Rica Violating Human Rights by Banning In Vitro Fertilization?” The Costa Rican Catholic bishops have steadfastly opposed efforts to legalize IVF, while some Catholics—including Loyola law students right here in America—are calling the opposition to IVF “excessive.”

Oh really? It seems to me the trampling of the human rights of human embryos is excessive. A human being is the only one who can possess human rights. The practice of in vitro fertilization trivializes the identity of individual humans by treating them as commodities—products to be accepted or rejected. This is so in spite of the fact that every human embryo is a human being.

Therefore, if anyone’s human rights are being violated, it’s the IVF-produced embryo. Banning IVF protects human rights by providing future children with their right to be created within marriage and through the conjugal act.

On a similar note, another headline read, “British Couples flying to US for Banned Baby Sex Selection.” In plain English (pardon the pun), what we are told in the headline is that, like many American couples, there are British couples—singles and others—who not only want to become pregnant by clinical means but also want to choose the sex of their child, and possibly genetic qualities as well. The end result of this process is that more individual embryonic human beings will have their rights violated as they are killed for not measuring up to would-be parent desires.

Though such an idea would have once sent chills down the spines of the majority of citizens, today it is just another choice that is private and thus nobody else’s business. Few appear to be the least bit disconsolate about it, including far too many preachers, bishops, and priests.

Perhaps this is why the story of a “lesbian couple, surrogate mother, and sperm donor” wrangling over who gets to exercise parental rights over a child created by the group got a big yawn from the press. Such reports rarely see the pages of major newspaper or make the nightly news.

Is it really just more of the same or has our understanding of human rights become so jaundiced that we simply couldn’t care less?

Case in point. In Orlando, Florida—the home of Disney World—there was a special offer for discounted abortions at a local abortion mill. Dubbed “Kill your baby for free day” by local pro-life activists, “Scores of pregnant young women—probably scared, anxious or resentful—lined up at the Orlando Women’s Center” to have their babies aborted by infamous abortionist, James Pendergraft, a man who has been sued for malpractice and described as “shady” in his practices.

Whose human rights were violated on that day and on every other day at abortion mills? The answer is clear—the preborn children whose futures are extinguished for the price of what is deceptively described as reproductive freedom.

At one point in time everyone had a clear idea of what human rights were and why they were important. The standard definition, “inalienable fundamental rights to which a person is inherently entitled simply because she or he is a human being,” was understood by our founding fathers and those that followed for generations. But today this is not the case.

The term is bandied about, abused by those who do not recognize the preborn child as a human being and by others who, in a growing number of cases, deem other lives unworthy of being included in the category of persons whose human rights are unassailable.

It’s time for Americans to do a reality check. When fundamental rights become debatable—or actually meaningless—what besides chaos can we expect?