Trending Now
You are at:Home»The Catholic Family»Education»Can Liberty Be Salvaged in America?
By John Kirkwood on May 12, 2013 Education, Featured, Government & Politics, Law & Justice 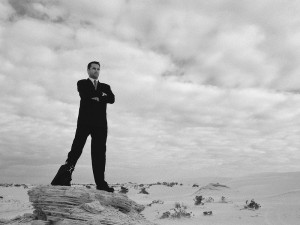 “The NRA has won a terrific victory against daunting odds to help preserve our 2nd amendment rights.  What this country needs is the national equivalent of the National Rifle Association in regard to education.” – the Parson

Enrollment in the National Rifle Association has reached 5 million members, and in the battle over gun control, the Obama administration has just felt the sting of its first real legislative defeat.  How did this happen?

With the false momentum of school shootings, a complicit media wagging its approval, celebrities making PSA’s, and even Republican politicians rushing to get in line for the team picture, what could possibly stem the push for more gun regulations?

Senators Ted Cruz, Mike Lee and “Grand” Rand Paul had a lot to do with diffusing the legislation but without the backing of freedom loving Americans and the maximizing of the people’s will by the NRA, they would have been steam-rolled!  Preserving our 2nd Amendment rights is a critical victory, but it will not be enough to ensure liberty for the next generation.  What it can be, however, is the blueprint for turning the tables on tyranny.

The only hope in restoring American liberty is a return to God and His divine institutions.  The fervent prayers of the Lord’s people are the first step.  Now let me share the second:

America’s most critical need is to spark a national group that will lobby for parents of home-schoolers, private-schoolers, and all freedom loving Americans, and shatter the status quo.  For the rest of this article we will refer to this group as the National Organization of Parents and Educators, or NOPE.  If Liberty is to restored and protected for the next generation then this generation will have to “gut up” and just say “NOPE!”

Eventually you have to get off your knees and live or die in the arena.  Faith has been AWOL from the public square for two generations and the stench is almost overbearing.  There will never be a return to the principles that established and kept this country free and prosperous until the NEA is destroyed. The National Education Association poisons freedom’s well, and operating as a monopoly they’ve enjoyed a free reign with no real opposition. This must be challenged on a number of levels, but the first is to rally and coordinate some muscle.

Did you ever hear of a Democrat who didn’t have the approval of the NEA, NOW, or NARAL?  We need to make it a promise that if you’re a Republican, that if you claim to be a conservative, you would need to be on board for radical education reform to earn our approval, to even “share our air,” let alone to entertain the thought of running a campaign.

There are roughly 7 million students that attend private schools or are home-schooled in the country today.  That’s at least 14 million parents that are possible members of a new education lobby.  Add in those patriots who love their country but do not have children or whose children are grown, and you have the possibility of a lobby group that could reach 20 million.  That’s roughly  four times the scope of the NRA and it’s the kind of muscle that could easily flex down the wayward politician.

THE PROBLEM AT ITS CORE

“If we continue to send our children to Caesar for their education, we need to stop being surprised when they come home as Romans.”  – Voddie Baucham

The problem with America is not Barack Obama or the Socialist-Democrats or even the fawning and complicit lap-dog press.  The problem with America is that we have raised two generations of sheeple who cannot think critically and therefore are suited only  to be ruled and not governed.  No previous generation of Americans would put up with our current political leadership, press corps or cesspool culture.  Barack Obama, Harry Reid, Nancy Pelosi would be laughed off the world stage — Bill Maher would be sleeping under a bridge, talking back to the voices in his head.  Mayor Bloomberg would get a Bronx cheer every time he reached for our Big Gulp, formula or light bulbs.  But how do we get out from under?

THE ODDS AGAINST US

How does one hold out hope for victory when the enemy controls elementary education, higher education, the press, Hollywood, a majority of the courts, the ruling class bureaucracy, and more than it’s share of political power?  The only way out is to pull the rug out from under them and break the chain of dependence on the ground floor.  Take back our schools.

Crying in PTA meetings, hoping for a Ron Paul/Rick Perry end to the Department of Education, even running for school board positions is simply not sweeping enough to break the status quo.  We have to get to the point where schools must compete for the dollars that follow our children.  We have to crush the NEA like a piñata and free our children from the chains of the state.  We must open education to competition and end Big Indoctrination’s monopoly.

Fundamentally they are “our” schools — we paid for them and continue to pay for them, and yet we sit idly by while scoundrels who despise our heritage, undermine our values, and are indifferent to our concerns, hold the purse and abuse our children.

TO CROUCH OR TO VOUCH, THAT IS THE QUESTION

It’s time we stopped crouching to the enemy.  We need not kiss the ring of those that hate capitalism, virtue and all that is sacred.  I know vouchers aren’t a perfect solution but they are a perfect first step.  You know how you can tell? — Because the left reacts to vouchers like Nosferatu to a garlic crucifix. It’s time to make Pharaoh pay for his obtuse indifference to our cries.

“Let my people go” is always the prerequisite to “come up to the mountain and worship”, and unless we peel back the grimy fingers of Marxist union propaganda and break the stranglehold that the statists have on our children, there is no hope.

When it comes to the status quo in education: It’s time to just say NOPE!