Children surviving abortions.  Children surviving abortions and being left to die.  Very seldom do many in our world think about these circumstances, because, frankly, it seems impossible and at the same time horrifying.  And if these kinds of circumstances are considered, let’s be honest:  most people think that failed abortions and children left to die after failed abortions are a rarity and something that doesn’t happen in a civilized nation.  Yet people’s experiences,   and now, even statistics, are reflecting otherwise.

On November 28, 2012, LifeSiteNews shared the horrifying news that Canada’s official statistics agency has confirmed that 491 babies died after they were born alive during abortions between 2000 and 2009 (http://www.lifesitenews.com/news/491-babies-born-alive-after-failed-abortions-left-to-die-in-canada-statscan ) .  According to Canada’s Criminal Code, a child is guaranteed legal protection when he “has completely proceeded, in a living state, from the body of its mother.”  Yet of these 491 children who survived an abortion, how many are alive today? Sadly, not a one, it appears.  As Mary Ellen Douglas, National Organizer for Campaign Life Coalition has stated, “even those children protected under Canadian law are apparently being left to die.”

As difficult as it is to read these statistics, I would encourage you to read through them by visiting the LifeSiteNews article and to look at the coding for these births (links are embedded in the article), so that you can see the clear-cut data that reflects how these 491 lives were abortion survivors, not miscarriages or stillbirths, as so many would want to believe.

Although much of our world has the tendency to turn a deaf ear and a blind eye to abortion and its’ atrocities, we know that there are many individuals in the world today who not only recognize the horror of these circumstances but also understand it on a deeply personal level, having lived through similar circumstances.  We are abortion survivors. 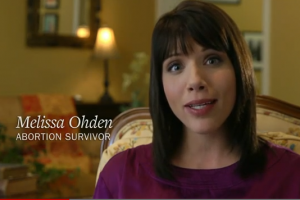 As the survivor of a failed saline infusion abortion in 1977, I live each day knowing what should have happened to me.  I should have been scalded to death while still in my biological mother’s womb. And after being left for dead after my delivery, I should have become just another statistic like those reported by Statistics Canada.  Yet I am alive today to share the truth about what happened to me and what happens to children like me, like these 491 abortion survivors in Canada.  Yes, being an abortion survivor and living to tell about it is rare when you consider the overwhelming number of lives lost to abortion: over 100,000 lives lost through abortion in Canada and over 1.2 million lives lost in the United States every year.  Although we, as abortion survivors, are a small number in comparison to these overall numbers of lives lost, the truth is, there are far more abortion survivors than you might think.

Over the past five years, I have had contact with nearly 100 survivors, most of whom are from the U.S., but some of whom are also from Canada, Australia, Africa, and parts of Europe.  And everywhere I go, even simply via the Internet, I encounter more survivors everyday.  Although all of our experiences are unique, the tie that binds us is the truth about who we are and what we’ve overcome.  Just like these 491 children in Canada, we were meant to simply be another number, a statistic.  But we were, and we are, someone’s child, someone’s grandchild, someone’s cousin, someone’s niece or nephew, someone’s sibling, just as the 491 survivors in Canada are.  The fact that they were aborted and left to die may have rendered them lifeless and nameless, but it doesn’t take away the truth that they were a child who survived a terrible circumstance and suffered a terrible death.  It doesn’t take away that they were someone’s family member and that whether it’s acknowledged openly or not, the abortion that was meant to end their life, and them being left to die, has left an indelible impact for generations to come.

As a survivor, I feel called to raise awareness to the reality of abortion in our world and to give a voice to children like these 491 Canadians.  I have founded a new organization, The Abortion Survivors Network, to help connect survivors, to help facilitate healing, and to help educate the world about abortion and abortion survivors.  We will be implementing a number of dynamic programs and we are planning some major initiatives in the upcoming months, which we believe will continue to make an impact in our world.  But we can’t do it alone.

Please help us by giving a voice to our 491 Canadian brothers and sisters who survived but ultimately lost their lives to abortion by sharing the truth about their lives with others.  Help us to give them a face and a name by educating others about how abortion affects entire families and our communities for generations to come.  Help us to educate the world about abortion and abortion survivors by sharing our stories and our network openly with others.

Although I grieve the loss of these 491 children deeply, I know that their lives and their passing were not in vain.  Let us give them a voice, give them a face and a name, and let us each make a difference in the world because of and for them.