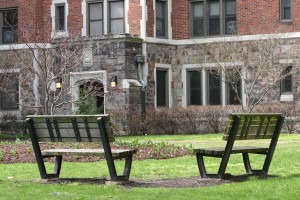 China is graying more rapidly than previously predicted and its demographic dividend will decline sharply just two years from now, causing an economic slow-down and political and social unrest.

China Brief’s Willy Lam analyzes the new census here. He points out the fact that China’s demographics are the main determinant of its (soon to slow down) socio-economic development–proving the adage that China is “becoming old before it grows rich.” The number of those over 60 will reach a stunning 28% in 2040, surpassing Japan’s proportion of aged and making China the grayest Asian nation.

Labor shortages will spread throughout the country from their presently contained areas in industrial hubs. The census says future laborers under 14 now make up only about 16% of China’s population.

As for China’s increasingly educated middle class, the census shows that some 60% of residents in upper income brackets are in the process of emigrating West due to dissatisfaction with the political reality at home.

The graying of the population could become such a drain on the resources of most Chinese families that another seminal economic goal for the 2020s and 2030s-boosting consumer spending-may be jeopardized. A decline in economic growth-seen as the prime basis of the CCP’s legitimacy-could prompt more challenges to the party-and-state apparatus particularly given its repeated refusal to entertain political liberalization.