Trending Now
You are at:Home»Featured»Go into My Vineyard
By Stu Walker on July 29, 2011 Featured, Leadership

“The kingdom of heaven is like a landowner who went out at dawn to hire laborers for his vineyard. After agreeing with them for the usual daily wage, he sent them into his vineyard. Going out about nine o’clock, he saw others standing idle in the marketplace, and he said to them, ‘You too go into my vineyard, and I will give you what is just’” (Mt. 20:1-4). 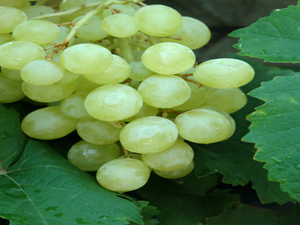 In Matthew’s Gospel, Jesus is talking to his disciples and he uses an everyday example that they could easily grasp. Day laborers. We do not grasp the significance of this as readily as they would have because Day labor is not as prominent as it was. However, I would like to put a little different spin on this. This is not about the pay scale, whether it is good or bad. It is about the obedience of those who would be disciples.

Recently, I had an experience that gave me a new insight to this story that Jesus told. Truly, God is in charge of His vineyard. Let me give you a little bit of background to set the stage. I have become a mediator for and organization that is non-profit and was set up to mediate various kinds of conflict between parties. We embrace conflict. Conflict is part of life. The case I worked on this past week was one of restorative justice. This means it was a juvenile who had a brush with the law, was facing a court date, and had been assigned to us to mediate an agreement to help him resolve the issue in a way that will , hopefully, keep the incident off his record assuming he comes to an agreement and fulfills the terms of that agreement.

So, the “master” is the court system, the “vineyard” is the mediation center and the laborers were myself who represented the “injured party,” and the youth who had injured the party. In this case, he had snuck onto a local ski slope without paying the ski-lift fee. He rode up the hill one time, road his snowboard down the hill, and was busted by a local policeman. He was given a ticket and had the court date set for the later part of this month. It was not a major issue; a $30 ski-lift ticket. However, he had broken the law.

I was to be the “proxy” representing the ski area owners, along with my co-mediator whom I will call “John.”  The young offender, “Bill” realized he had done something wrong, and, as conversation unfolded, revealed that he also felt he had been punished for his bad behavior and was ready to write a letter of apology and do some community service to make amends. He seemed to be so aware of the procedure and what might be expected that the skeptic in me could imagine where he may have been in this kind of a predicament before. He just seemed a little to smooth with his answers. John was a volunteer half my age and he became the “teacher” in this particular story.

As we processed the issues, Bill, though somewhat compliant, held his ground and showed he had his own values. The officer involved had told him he could not ride his board for the rest of the day, so Bill was confined to sitting by the Chalet and watching his buddies snowboard for over five hours. To his way of think, that was his punishment. He was ready to write a letter of apology to the business, but when I asked him about apologizing to his parents, he balked.

Here is what he said, “I am not going to write a letter to my parents, because I would not mean what I was saying. I could speak the words, but I would rather show them that I am sorry by changing my behavior and not doing this again.” I couldn’t help but be impressed with his honesty. Bill is right. It is easy to say, “I’m sorry,” and not change the behavior. Isn’t that the way it is with God. We go to Him and say, “Father, forgive me for I have sinned against you,” and we may be very sincere about what we are saying. But sorrow is about changing the behavior, not just speaking the words. Young people make mistakes. Young people do dumb things. Bill thought he had done a dumb thing. Don’t adults do the same thing?

It is in the nature of youth to rebel against authority. That is our fallen nature. However, as John was progressing in the interview, he asked Bill, “Can I tell you a story?” Bill’s eyes rolled, and he said, “Yeah, go ahead.”

John proceeded to talk to Bill in the vernacular of snowboarders. Sometimes, I had to guess at what he meant, but Bill was captivated. He told Bill how he had been about his age, and had decided that he could make his run in competition when he thought he was ready, not when the starter thought he was ready. The consequences were that Bill was “DQ’d”, disqualified. Not only Bill: since he was the captain of his team, they were docked so many points, they ended up losing the match. He finished his story with, “Sometimes, man, you just have to go with the flow. You don’t have to like the rules, but you go along with them because that is what it means to be a team member. So, just cool it man, play the game.”

I watched with amazement as this young man, Bill, had turned from a person who had set his own agenda of what his punishment should be, to a fully interested young man who was intently listening to what John was telling him because it was being told in words he could understand. God had sent the perfect laborer to correct this young man and help give him a second chance. That is God’s love.

Where are you in your life today? Regardless your state in life, the job, the position — it doesn’t matter — remember that you are in God’s Vineyard. You have been sent to teach other’s the rules of the Kingdom. Honest, integrity, justice, peace, and honor. You are a laborer and God owns the vineyard. If you are involved in whatever circumstances, you are there because God wants you to be there. He will tell you what to say and what to do. Trust him.

It’s not about the wages. It is about the generosity of God in sending you to find a lost sheep.

Be happy. Be courageous! Shalom!