Trending Now
You are at:Home»Featured»GOP Hypocrisy on Display in Virginia
By Ken Connor on January 3, 2012 Featured, Government & Politics 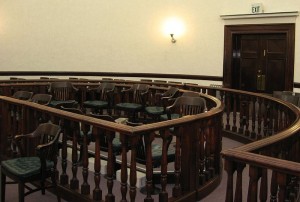 In case you haven’t noticed yet, the battle for the 2012 Republican presidential nomination has been a highly volatile, highly unpredictable roller coaster ride.  With a different candidate emerging at the top of the polls week after week, it would be folly for any of them to take their chances for granted.  It is no exaggeration to suggest that each and every primary election will prove critical in the quest to amass delegates for the General Convention in August.

It comes as no surprise then that Rick Perry’s campaign is suing the state of Virginia for denying him a place on the primary ballot.  As a southern candidate, Perry knows that he must be competitive in as many southern, conservative states as possible, and in this formulation Virginia is key.  Newt Gingrich, another candidate excluded from the Virginia ballot, has joined Perry in his suit against the state.

As a trial lawyer, I can’t help but marvel at the irony of this situation.  More than any other Republican candidates, Rick Perry and Newt Gingrich have amassed a good deal of political capital by stirring up enmity against those who make their living advocating for the rights of individuals.  Much like fellow Republican George W. Bush, their disdain for lawyers is legendary – especially trial lawyers.  Yet just like President Bush, when the going gets tough and they feel that their rights are being trampled, they waste no time in mustering the best legal teams that money can buy.

It is no secret that establishment Republicans love to demonize lawyers, since this rhetoric helps open the checkbooks of big business donors who don’t like lawyers either.  Big Business and Big Pharma are only too happy to support the careers of politicians willing to aid and abet corporate wrongdoing at the expense of the Constitution.  You see, lawyers cut into the bottom line of high-powered special interest groups by holding them accountable for unethical, illegal behavior and malfeasance.  Remember the Vioxx scandal, in which pharmaceutical company Merck failed to disclose the known hazards of the drug, or Ford’s infamous Pinto debacle, or Firestone’s exploding 500 Radial tires?  In each case, people died as a result of companies placing profits ahead of the welfare and safety of their customers.

To shield themselves from the consequences of their actions, companies are willing to spend big bucks to ensure that the legal system is stacked against the victims of corporate wrongdoing and in favor of the wrongdoers.  This scheme is widely known as “tort reform” and it has become the mantra of Republican candidates who are wildly inconsistent in their supposed adherence to the principles of our Constitution.  Such candidates extol the Second Amendment’s right to bear arms while seeking to undercut the Seventh Amendment’s protection of the right to trial by jury in civil cases.

Few are more outspoken in their support of tort reform than Rick Perry and Newt Gingrich.  Of course when their own interests are at stake, these same individuals waste no time in hiring the toughest, meanest, most expensive lawyers money can buy.  Remember when George W. Bush thought his opponents were trying to steal the election in Florida?  Dubya hired a phalanx of lawyers to protect his interests and a lawsuit ended up deciding the outcome of the 2000 presidential election.  And guess who Rick Perry and The Newtster have hired to get them on the ballot in Virginia?  Those same lying, thieving scumbags they love to tell the public to hate.

The hypocrisy of these Republican Establishment Blue Bloods is breathtaking.  Lawyers are good for them when their career aspirations are at stake, but not for you when a dangerous medication causes a heart attack, or faulty tires kill your loved one.  Lawsuits are okay as a means of righting their wrongs, but not yours.  So much for principle.

Two of America’s finest presidents, Abraham Lincoln and John Adams, were trial lawyers – and darned good ones at that!  Perhaps the day will come when the Republican establishment will recognize that the civil justice system is designed to serve the all of the public and not just the privileged class, that equal justice for all is more than just a political bromide, and that those who advocate before the bar of justice are no less honorable than the corporate CEO’s who write the GOP’s campaign checks.  Right, and perhaps one day pigs will fly.