Trending Now
You are at:Home»Featured»Gradually, Then Suddenly
By G. Tracy Mehan, III on February 20, 2012 Featured, The Economy 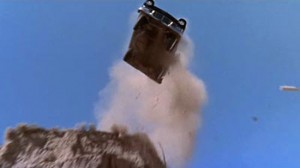 It is not often that one sees Ernest Hemingway cited in an article on the federal budget and fiscal situation. But that is what GOP House Budget Chair Paul Ryan (R-WI) and Senator Jeff Sessions (R-AL), ranking member of the Senate Committee, did in a recentWashington Post op-ed on President Obama’s last budget of his first term. It is truly a sorry thing.

The Republican leaders note that for four straight years, the federal government’s budget deficit has “eclipsed $1 trillion,” with the national debt now exceeding the size of the U.S. economy. President Obama’s budget basically “concedes” that, in the years ahead, the nation’s “fiscal position gradually deteriorates.” This, write Ryan and Sessions, “is reminiscent of Ernest Hemingway’s explanation of how one goes bankrupt: ‘Gradually, then suddenly.'”

Notwithstanding Obama’s claim of $4 trillion in deficit reductions (the end of the war in Iraq, tax increases, etc.), “Under his plan, the government is projected to borrow $11.2 trillion over the next ten years,” argue the two legislators. “The budget does not change our debt trajectory.” The last budget of his term reveals, clearly, Obama’s failure to deliver on his promise “to cut the deficit in half by the end of his term.”

“We see serious danger in shrugging off the president’s dereliction of duty — a danger compounded by Democratic leaders in the U.S. Senate, who have refused to offer any budget at all for more than 1,000 days,” note Ryan and Sessions. They justly criticize the President and Senate for ducking “the most predictable economic crisis in our nation’s history.”

If you want to see an example of the administration’s evasiveness, embodied in the flesh, you can check out the video of Treasury Secretary Timothy Geithner testifying before Ryan’s committee, wherein he essentially admits the administration does not have a budget plan for the long term. They just don’t like Ryan’s. Pathetic.

This latest budget to nowhere, except, maybe, national bankruptcy, is predictable as it is depressing. When the book is written on this era of our nation’s history, President Obama and Senate Majority Leader Harry Reid will not be wrapped in glory. It was certainly great fun, and accurate, for them to blame President Bush and Tom DeLay for at least some part of our current predicament; but that does not exonerate the Democratic White House and Senate for four years of neglect and inaction, especially given the willingness of the House Republicans to face the music by voting for the only plan to meet the entitlement crisis head on, i.e., Paul Ryan’s. Obama and Reid, ignoring the President’s own Simpson-Bowles Commission, have basically been playing a passive-aggressive game of rope-a-dope.

One Democrat has demonstrated the courage to at least discuss common ground with Paul Ryan, Senator Ron Wyden (D-OR), who was immediately pummeled by the reliably liberal columnist, Paul Krugman of the New York Times. Krugman called Wyden a “useful idiot” of the Right, a clear case of no good deed going unpunished by the leftwing thought police.

The Wall Street Journal editors outlined the immensity of the mess that is Obama’s fourth budget, observing that we will now have had four years of spending more than 24 percent of GDP, the highest spending years since 1946 at the close of World War II. “All of this has added an astonishing $5 trillion in debt in a single Presidential term” with the national debt held by the public, “the kind you have to pay back,” hitting 74.2 percent this year and rising to 77.4 percent next year.

Adding insult to injury, taxes are also going up substantially. Capital gains taxes will go from 15 to 30 percent as will taxes on dividends. And the estate tax rises to 45 percent from 35 percent. Looming, out there on the horizon, are other taxes including the expiration of the Bush tax cuts, the big bonanza for the party of continued and unrelenting government spending and another excuse for putting off any reform of entitlements and non-discretionary spending.

Hope and change? It sounds more like a Hemingway story.