Trending Now
You are at:Home»Featured»Grouchy Treasures
By Patti Maguire Armstrong on January 2, 2012 Featured, Women
When you stop to count your blessings, do not forget to give God a big thank you to for all the difficult people in your life.  Those cranks that cross your path and darken your doorway are just bursting with the potential to bless you. Every person who provokes you is an opportunity, but it all depends on you.  You can respond with love and mercy or you can get angry and lash out.  Will you choose blessing or sin? Yet, it is not natural to feel grateful for people with a knack for inflicting misery.  This is perhaps the greatest challenge of being Christian: hatred in; love out.
[Hear Patti discuss this article on the Sonrise Morning Show this Tues  (tomorrow) at 6:35 AM]

The Bible Tells Me So 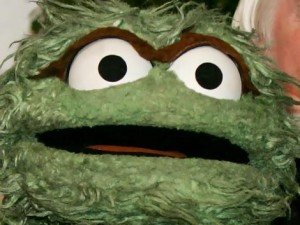 The Golden Rule is: “Do unto others whatever you would have them do unto you” (Matthew 7:12).  The Our Father states: “Forgive us our trespasses as we forgive those who trespass against us.”  These are good rules of thumb for starters, but I’ve seen serious Christians brush them aside when they find themselves on the receiving end of hostility.

“I don’t have to forgive my mother-in-law because she is not saying she is sorry,” someone once told me.  ”God forgives me when I ask for it and I’ll forgive her when she asks for it.”

And a person could thwart the Golden Rule by reasoning, “I would never have done such a hateful thing and if I did, then I would deserve to have someone strike back.”

Luckily, to avoid tripping into loopholes, Christ reinforced His teachings to us.  “Amen, I say to you, whatever you did for one of the least brothers of mine, you did for me” (Matthew 26:40).  Does that mean if you lash out at someone, Jesus receives the blow as well?  I believe so, but some could construe this verse as just pertaining to charitable things such as feeding the hungry, giving to the poor, volunteering to bake brownies for the church bake sale, etc. and not necessarily to interacting with a trouble maker.

Because the above passage in Matthew is talking about doing things for others, does it necessarily include doing things to others also?  Did Jesus really mean to take away your right to strike back at the rude and inconsiderate or even such people as idiot drivers?  It would seem so.  “When someone strikes you on your right cheek, turn the other one to him as well” (Matthew 5:39).  But the idiot driver did not strike me on the cheek, he cut me off and could have killed us both. Doesn’t matter.  There are no clauses that allow for road rage.  “But I say to you, love your enemies and pray for those who persecute you that you may be children of your heavenly Father, for he makes his sun rise on the bad and the good and causes rain to fall on the just and the unjust” (Matthew 5:44-45).

We must look to Jesus for a clear example to know He meant exactly what He said.  After being arrested, beaten and hung on a cross, Jesus responded with love, not revenge.  If we were writing the script, most of us would have had the earth swallow up the soldiers and persecutors.  Instead, Jesus responded by praying: ”Father forgive them, for they know not what they are doing” (Luke 23:34).

Rats, you may be thinking, I can’t be that good.  It’s not natural to give love to those who hurt me.  You are right, it’s not at all natural; it’s supernatural.  But if you are looking at it as a difficult and an unpleasant task, you need a new attitude. Instead of looking at your next-door neighbor, Mr. Grouchy Pants, as an unpleasant thorn in your side, look at him as a rose in disguise.  People like him hold the keys to your holiness.  All you have to do is smile and be pleasant.  Oh, and one more thing; you have to try (remember, I said try) to love him.

This is not just about being nice on the surface and bubbling over in hatred underneath.  You really do need to tryand love your neighbor as yourself.  “If I give away everything I own and if I hand my body over so that I may boast but do not have love, I gain nothing” (1 Corinthians 13:3).  That is why, instead of grumbling, you need to show love, compassion and an abundance of mercy.  You cannot always muster up those lovely feelings, so sometimes, just the desire to feel love, will have to do.

And where do I get off claiming such power and opportunity can come from the crabs of the world?  Because Jesus said so.  “For as you judge, so will you be judged, and the measure with which you measure will be measured out to you” (Luke 6:38).  And in the Beatitudes in Matthew 5:3-10 we are told, “Blessed are the merciful: for they shall obtain mercy.”  What a deal!  That means if you show mercy to others, God will show mercy to you.  And if you show mercy to people who do not seem to deserve it, then you hit the jackpot of graces — you too will receive mercy that we don’t deserve.

Remember, whatever you do for others you do for Christ, but that’s not all — everything comes full circle.  The measure of love and mercy you give to others does not just go from others to Christ; it is meted back to you.  Investing love in difficult people nets quite an amazing return indeed.

Why would God make such a deal?  Why would He want you to love your enemies instead of helping Him out in the justice department?  Let’s take a moment and think about it from God’s perspective.  If you are a parent, think of how you feel when your kids argue and behave in a hateful way towards one another.  Mothers and fathers feel very sad when anger enters their children’s relationships.  You want your children to love one another.  If your son, Bobby, punches his sister, Suzie, does it make you happy to see Suzie clobber him back?  Or on an older level, if your daughter Robin was caught gossiping about her sister, Cindy, it would break your heart if Cindy blew up at Robin and told her off.

Now, imagine if instead of clobbering Bobby, Suzie told him to stop the punching and join her on the swing set to play.  And what if Cindy merely responded by telling Robin that the gossip hurt her because she loves her sister so very much?  When you think of your own children, it is easier to understand why God wants you to love others regardless of what the other may have done to you.

There’s something else to consider, too.  Maybe God is not just sitting back and hoping you’ll be nice to His difficult children.  Maybe sometimes He actually puts them in your path to begin with.  After all, if He knows you are going to be kind and even pray for our enemies, maybe He’s bringing them to you.

This thought occurred to me one day while I was walking my two dogs on a walking path that circles a golf course.  When people come from the other direction, I pull my dogs aside onto the grass so there is plenty of room on the sidewalk for the other walker.  One morning, my mind was on something else and I did not do this when an older man walked past me.  He had to take a few steps onto the grass and then back onto the sidewalk. Not a big deal in my book.  But wouldn’t you know it, the one time I do not pay attention and slip in the courtesy department, I have to pass by perhaps the crabbiest man on the walking trail that morning.  He angrily yelled at me over this seemingly minor incident.  I was a bit shaken, but quickly apologized.  The man simply walked off in a huff.

Then, I thought to myself: I always pull my dogs aside so why did I have to space out when I passed this obviously  unhappy person?  That’s when it occurred to me: Maybe God brought him to my attention to show me a poor soul in need of prayers. God knew that instead of yelling back at the man, I would pray for him, which was something he obviously needed.

I suppose this thought might be a scary one in a way. Does that mean that, if I pray for my persecutors, God is going to send me more? Do you want more of these sorts of people in your life?

If you read the lives of the saints, you know that they would have answered this last question with a “yes”.  They were not only kind to people who treated them harshly, they seemed to be attracted to such souls.  Consider the example of St. Therese of Lesieux who took it upon herself to help the one nun in her convent who everyone found to be extremely difficult.  She did such a good job at showing love that this elderly nun wanted to know what it was about her that attracted St. Therese.  Being prudent as well as loving, St. Theresa just smiled.  Whenever I read biographies of the saints, this merciful behavior always abounds.  Because the saints show us the way to God through their examples, it would seem that the road to heaven is paved with challenging people.

Showing love instead of indulging in revenge is truly a difficult challenge at times.  It’s an expectation that most of us, myself certainly included, struggle with.  So if this article has challenged you beyond your desires, and if I have irritated you by presenting it here, then go ahead and get started right away by praying for me.  You can be sure I’ll be doing the same for you.  Because God gave me my gift of writing and I’ve given it back to Him, once my work is done, I pray for those who read my words.  This is actually quite easy for me, because you guys don’t even bug me.