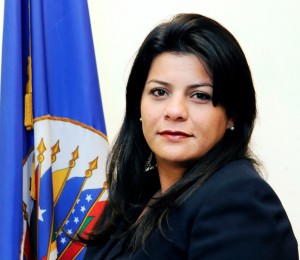 An international commission committed to the promotion and protection of human rights in the Americas recently published two reports that challenge laws protecting life from conception in both North and South America. One report published by the Inter-American Commission on Human Rights denies physicians the right to conscientiously object to performing an abortion, while the other recommends national litigation to legalize abortion.

The reports were authored by one of the Commission’s predominant bureaucrats, Commissioner Luz Patricia Mejia, who serves as the Special Rapporteur to Women’s Rights for the Commission. According to Ligia de Jesus, Assistant Professor at the Ave Maria School of Law, the commissioner’s aggressive lobbying on behalf of the legalization of abortion has been a defining characteristic of her term as Special Rapporteur since her election in 2008.

The convention is explicitly pro-life, stating “Every person has the right to have his life respected. This right shall be protected by law and, in general, from the moment of conception. No one shall be arbitrarily deprived of his life.”

Instead of upholding the human right to life guaranteed by the Convention, the reports reflect the personal opinions and influence of Commissioner Mejia who affirms her own agenda rather than protects the original intent of the convention.

In one report, titled “Access to Information on Reproductive Health from a Human Rights Perspective,” Mejia links the so-called right to abortion to the “right” to information by claiming that a woman’s right to access information on reproductive health services is jeopardized when a doctor refuses abortion services to a patient. She cites a Colombian Constitutional Court case that legalized abortion in 2008 to support her claim, and falsely asserts that the case confirms that preventing women access to abortion is the same as preventing women access to information on reproductive health services.

Although the Commission is only a quasi-judicial body whose reports and resolutions are non-binding in international law, the Commission has been petitioned in the past by organizations like the Center for Reproductive Rights (CRR) in the hope that the Commission will produce a report recommending the outright legalization of abortion in Latin America, according to Professor de Jesus.

One such case was brought by CRR before the Commission in 2002 on behalf of Paulina del Carmen Ramirez Jacinto who, at 14 years of age, received legal authorization for an abortion in Mexico given that the baby was conceived during sexual assault. CRR claimed, and the Commission agreed, that the pro-life counseling that she received and that led her to keep her baby “constituted an ‘undue interference’ with the pregnant child’s purported right to abortion.”

Reports like those published by Mejia seek to encourage the Commission to support efforts by groups like CRR to sanction an international right to abortion where none exists.