Trending Now
You are at:Home»Featured»Haitian Bishop: ‘Human Restoration’ is Church’s Top Priority
By ACN-USA News on June 19, 2015 Featured, Those in Need 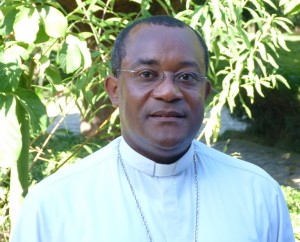 NEW YORK—Five years after Haiti’s devastating earthquake, the local Church has suffered a series of brazen attacks on Church properties. Between November 2015 and February of this year there were more than 20 robberies of religious communities, a bishop reported.

In an interview with international Catholic charity Aid to the Church in Need, Bishop Launay Saturné of Jacmel said that “we are calling on the state authorities to ensure that human rights are guaranteed.” He credits a silent march of hundreds of men and women religious and regular clergy last winter, March 9—on a day when all religious communities kept their doors closed—with having an impact: crime against Catholic properties have declined since.

The 2010 earthquake destroyed much of the Church’s pastoral infrastructure in the island nation. Since then, however, many chapels and churches have successfully been rebuilt, the bishop reported, adding, however, that many structures remain unstable and require major repairs. In many places, Mass is still being said in makeshift settings, such as tents.

“Before the earthquake, the situation in Haiti was difficult; after the earthquake it was catastrophic. And even today by no means all the damage has been repaired. There is still a great deal to do,” the prelate said. However, he stressed, “even if the church buildings themselves have been destroyed, the faith of the Catholics has not been destroyed.”

The Church is very concerned about the fact that many Haitians, especially young people, continue to make their way to the Dominican Republic, on the eastern side of the island, looking for economic opportunity. “The young people are crucial to the future of our country,” said the bishop, who also stressed that Haiti’s neighbor is far from welcoming to the newcomers.  Last month Pope Francis urged the bishops of the Dominican Republic to provide pastoral and humanitarian care to the Haitian migrants.

Earlier this year, marking the anniversary of the earthquake that claimed 230,000 lives, Pope Francis said that “there can be no true rebuilding of the country without the restoration of the human person in his entire fullness.” Proclaiming that the Haitian Church wants “to make these words of the Pope a living reality,” Bishop Saturné stressed that the Church’s “humanitarian work has to go hand in hand with pastoral support.” Key to this “human restoration” is education, he said, calling more kindergartens and schools, as well as for greater access to the nation’s fairly extensive network of schools and universities, but many of which are too expensive for many ordinary Haitian young people.

“We need to support the young people financially, so that they can attend these schools and universities. It is shocking, for example, that although we have a university in Jacmel, many young people cannot afford to attend it,” the bishop said. Almost 90 percent of Haiti’s 9 million people are Christians, two-thirds of them Catholic.