Trending Now
You are at:Home»Featured»Hollywood’s Bigots and Censors
By Bill Donohue on October 6, 2012 Featured, On Media 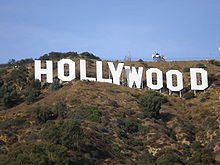 When we learned about a TV show this fall that offers an incredibly vicious portrayal of nuns and employees at a Catholic home for the criminally insane, I decided to write a full-page ad for placement in The Hollywood Reporter; the first episode is Oct. 17. The FX show, “American Horror Story: Asylum,” was the subject of my ad. We were all set to go—our credit card info had been accepted—when we received an e-mail on Oct. 1 saying that the publisher, Lynne Segall, “has a concern with the artwork and the ad message and we were unable to run the ad.” Forget the fact that there was no artwork, the next sentence reads, “She felt that the message was not appropriate and has chosen to reserve the right not to print it.” The ad was to run in the Oct. 19 edition, hitting the studios on Oct. 10.

The next day, Oct. 2, we contacted Variety, and they said they would run the ad in both the daily (Oct. 10) and weekly (Oct. 8-14) editions; our credit card info was accepted. Then we received a phone call saying that the legal department had a problem with the title of the ad and that it would be rejected unless it was changed. The title reads, “FX Trashes Nuns.” We asked what legal problem there could possibly be and we were told in an e-mail that “we don’t allow Variety to be used as a forum for mud-slinging, and we feel that is the only part of the letter that crosses the line.” “Mudslinging”? Consider this: on Jan. 10, Variety ran an article about the film, “Alvin and the Chipmunks: Chipwrecked,” titled, “David Cross Continues to Trash ‘Chipwrecked.’” I obviously refused to change the title, hence there will be no ad.

I have long argued that Hollywood hates Catholics. Need any further proof? A Hollywood-produced TVseries portrays Catholics as sadists, and when a paid ad criticizing the show is offered to twoprominent Hollywood publications, it is rejected for its “inappropriate” and “mudslinging” properties.