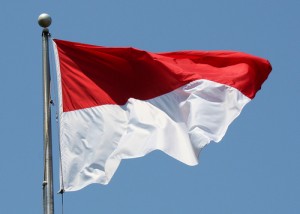 As the twentieth anniversary of the International Conference on Population and Development (ICPD) approaches, abortion activists are marking out their priorities for governments to adopt for the next 20 years.  To that end, the UN Population Fund (UNFPA), along with various non-governmental organizations hosted, ICPD Global Youth Forum in Bali last week, touted by sponsors as an “unprecedented opportunity to influence global policy.”

The participants were pre-selected by the event organizers which wanted to ensure uniformity of opinion. According to UNFPA, 600 youth “delegates” attended, a third fewer than the anticipated 900, with approximately 2,500 additional online participants.  Attendance appeared sparse throughout the conference. Emcee Robert Skinner of the United Nations Foundation began one morning’s session by optimistically attributing the many empty seats to people being “out there making connections, making friends, having fun.  And that’s what it’s all about.”

The recommendations from the youth forum were mere suggestions but UNFPA said they would be added to a UN Secretary-General report that will be presented to the General Assembly, asserting they  “will help define development priorities for the next 20 years.”

The organizers’ priorities were clear from the opening statements given by the two youth members of the steering committee, both of whom are employed by pro-abortion organizations. They urged that “safe abortion services” be accessible to young women and that gender should be viewed as “not in a binary” (A definition of binary is “a whole composed of two.”) Also on the steering committee were representatives of the International Planned Parenthood Federation, World YWCA, and the World Association of Girl Scouts and Girl Guides, as well as members of the Indonesian government that hosted the event.

In keeping with the introductory themes, the conference outcome document recommends decriminalizing abortion and removing restrictions on abortion access, including waiting periods, parental or spousal consent, and age of consent.  The declaration also recommends comprehensive sexuality education that “include[s]information on sexual orientation and gender identities that is free of religious intolerance,” the decriminalization of sex work, and government recognition of a “constantly evolving” concept of the family.

Not all of the “delegates” agreed on abortion.  A lone young woman named Monica pointed out during a general session that “not all the young people in my country of Indonesia agree with it,” adding that “abortion is not only about the mother…but it’s also about the baby, the rights of the baby.”  Her remarks received tentative applause.  The moderators deflected her question back to the audience, where a young woman from Ecuador dismissed it by angrily stating, “while we’re having these debates based on religious intolerance, there are a lot of young women who are dying.”

After the forum, the Indonesian government’s representative on the steering committee appeared to distance himself from the youth forum’s recommendations. Dr. Eddy Hasni stressed to the Jakarta Post that all the recommendations should be consistent with the 1994 ICPD, and that “some, recommendations…particularly on safe abortions, are in fact not in line with the international framework.”

“We should be very careful on this issue as moral and religious debates are still raging,” he stated.