Trending Now
You are at:Home»Featured»How to Gain True Self-confidence
By Stu Walker on May 7, 2011 Featured, Leadership 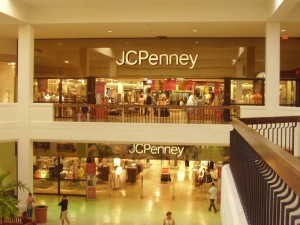 “So, during supper, fully aware that the Father had put everything into his power and that he had come from God and was returning to God, he rose from supper and took off his outer garments” (John 13:2b-3b).

This came from the reading on Holy Thursday this year. Each year, in the attempt to emphasize the true meaning of the Gospel, that Christ is the “suffering-servant,” we read the story of how humble it is for Jesus to wash our feet. This is true. I have participated in this ceremony and I remember the feeling of humbleness as someone washed my feet. In fact, it was hard to sense where humility left off and embarrassment started.

One thing that struck me this year was this particular passage. It comes just before Jesus got up and put a towel around his waist and then washed the apostles’ feet. As I pondered the passage, the Holy Spirit took my mind back to one of the motivational messages I heard many years ago. It was about the conversion experience of a man by the name of James Cash Penney. Yes, that is J.C. Penney, the founder of the department store chain that bears his name.

I believe that one of the characteristics of true conversion is that a person becomes less self-centered and becomes other-centered, just like Jesus shows us in this reading. I was struck by one of the comments made by J.C. Penney about his conversion. “When I was baptized (his was an adult baptism) one of the things struck me most was the thought, “Christ has forgiven all of my sins. I truly am a free man. I knew from that moment that I was free to promote and expand my business to the fullest extent, following God’s principles of treating my fellow man with integrity and honesty, providing the best quality I could. I knew God would lead me in my business and, yes, I would make honest mistakes — humans do that — but that I would never knowingly cheat a customer to make a profit.” That was his business creed from that moment forward.

J.C. Penney was different from Judas of Iscariot who we read about in that same story of the Last Supper. The sin of greed was in the heart of Judas from the git-go. When the woman came into the Pharisees’ home and begin to anoint the feet of Jesus with precious oils, it was Judas who faked outrage. He told how that money could have been put to better use by selling those precious oils and given the money to the poor. Have you ever noticed how that same line is used by those who oppose the legislature wants to spend money on a project they oppose. Have you ever noticed that the same argument does not come up when politicians spend millions of dollars every year when they are running for office? 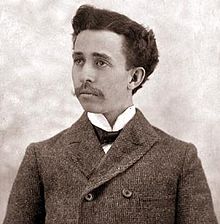 One of the other stories of JC Penney that I have heard that inspires me, is the story of how he was walking through his store one day and observed an employee telling a customer, “I am sorry ma’am, we do not carry that item. I do believe, however, I saw something like that over at Macy’s down the street.” Mr. Penney was shocked that one of his employees would tell a customer to go to the store of one of his competitors. However, after giving it some thought, he called an employee meeting and told his employee’s, “As a service to our customer’s, in the future, if we do not carry an item and you know where they can buy it, please give them that information. It is good business to be of service to our customers, even when it means recommending a competitor. We will gain a reputation for helping others and not just being centered on ourselves.”

He was right, J.C. Penney’s gained a reputation for being generous and putting the needs of the customer before their own. In fact, it became so successful that when the owner’s of Macy’s and other competing stores found out about the new policy and saw the beneficial effect it had on JC Penney customers, they too, called staff meetings and told them to implement the same policy. It was the charitable thing to do.

How could Jesus, who was God, ever think of doing the labor of a servant whose job it was to do such menial jobs. The answer was found in the above passage. Jesus knew who he was. He knew where he had come from and where he was going [heaven]so his confident self-image allowed him not to focus on himself, but to focus on others. It was not the physical act of washing their feet. It was the attitude of focusing on the needs people had. That is what J.C. Penney learned was good business practice.

When you put “self” on the cross and die to your own selfish desires and ego, you become more successful in life because God can raise you from the dead self, as he did with Jesus, and you will rise from that grave of Narcissism to freedom of Spirit to bring the Good News to others. “Seek first the Kingdom of God, and all these other things will be given to you.”

Once you have the confidence that you have come from God and will return to God; that God will provide for every need you have here on earth, you will live in freedom.

This is a great time of year!