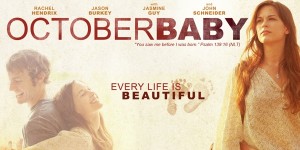 In the past few weeks, I have seen both October Baby and the The Hunger Games. Though I didn’t expect it, these two movies have much more in common than I thought.

October Baby was a powerful depiction of what kind of effects abortion has on every person it touches. It was a heart-wrenching film that really opened my eyes to the emotions associated with abortion. In my mind, it really came down to the lack of recognition of dignity and respect for not only the unborn child, but the mother, siblings and anyone else involved. Every scenario is clearly different, but many of the core emotions and feelings are the same.

The most surprising thing to me was when, a week later, I watched The Hunger Games. Frankly, I was not expecting much. I generally get annoyed with movies that are all hyped up because they usually end up letting me down after all the hype. However, Hunger Games was different…. in an unexpected way. I did think it was well done. But, when I came out of the movie… I was angry.

I was trying to figure out why I was so angry. I was not angry at the filmmakers. After a little bit of reflection, I realized that I was 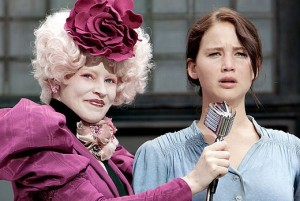 angry because of what the movie portrayed. It demonstrated a complete lack of dignity and respect for all humans. I couldn’t help but compare it to the way I view unborn children. I see value at every single stage of life without exception — this includes people of every race, creed and background. No matter where you come from, no matter where you live, what you do for a living, what your age or what you look like — you have inherent value. The Hunger Games showed an abnormal view of our world. It demonstrated how some people with power take it to the extreme. It showed how a person’s life could be reduced to nothing.

It truly amazes me how something like The Hunger Games can become such a hit — when the message is so much the opposite of what many people believe. Do people just not see it? I was angry at many different characters in the movie. They strangely represented many people in every day life. Those who seize power and let it run away with them, those who fail to recognize their own value, and those who have complete disregard for anyone but themselves.

I think it would be good to watch both October Baby and The Hunger Games – and see just how much they could work together to share a similar message. You deserve dignity and respect no matter what. Every person has value and deserves to live his or her life. This is true whether you are young or old, rich or poor, big or small, strong or weak. . .the list goes on. Life is sacred from conception to natural death and deserves to be protected.