Trending Now
You are at:Home»Learn & Live the Faith»Apologetics»I Love Flying but I Hate Organized Aviation
By Mary Kochan on February 8, 2012 Apologetics, Featured 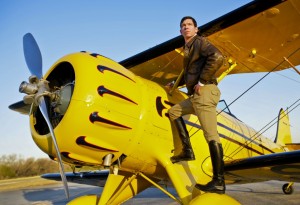 Flying is an amazing experience. You just can’t beat it if you want to get anywhere far away in a hurry. The early history of flying reveals the glory days and shows us what flying should be. The planes were made by individuals or by small groups of craftsmen who learned by tinkering. They were free to tweak the design of their aircraft according to their own creative intuitions and then fly them wherever and whenever they wanted to. There was no FAA, there were no big airlines, and there were no licenses.

It didn’t take long for the purity of early aviation to be corrupted. As soon as some men figured out how to use the science of flight to dominate other men, that was the end of simple flight. A priestly class developed that insisted they and only they could properly interpret the physics of aerodynamics. Legalism reared its ugly head. The Federal Aviation Administration with its bureaucracy and hierarchy multiplied the requirements for getting off the ground.

Instead of home-based air travel with a small plane made in a garage shop, aviation became big and commercialized.  Airplanes are now required to be built and maintained to the legalistic specifications of the FAA – they even regulate the amount of torque on every bolt and have inspectors to force the mechanics to do it their way. Mechanics even have to get their certifications in airframe, power plant, or avionics from the FAA and get their training in FAA-certified schools.

In order to fly an aircraft, you are required to get a pilot’s license from — guess who? — that’s right, the FAA. And when you fly, you have to go through the ritual of filing a flight plan and submit your conscience to direction by the air traffic controllers who are also certified by the FAA. You also have to fly in and out of airports which are under the control of the FAA, a behemoth that reaches its tentacles into every aspect of flight, crushing spontaneity and creativity and wringing every bit of joy and freedom from the experience of flying — and we haven’t even touched on airport security.

Just try to do anything in aviation without going through the channels of the FAA and you will find yourself persecuted, even martyred.

Is this what the Wright brothers intended? I don’t think so.

Of course defenders of the FAA and all this legalism will claim that it is for “safety.” They argue that if you want to get off the ground, you need to be sure that you are doing so with all the best equipment and that you are in capable hands. You will want to have certainty about things.

But we know it is all about power.  It is about using the gift of flight for personal gain. It is about oppression. There is nothing complicated about flying. The same spirit resides in all of us that resided in Orville and Wilbur. All the FAA does is quench that spirit. Only if we break free from the shackles of organized aviation can we experience wonderful simplicity of pure aviation like that first generation of air pioneers did.