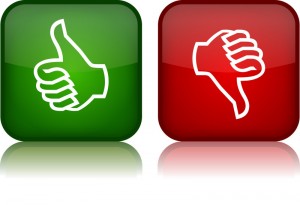 We’ve all heard the “quality of life” argument applied to everything from an excuse for abortion to the reason posited to justify assisted suicide or some other form of euthanasia.

Ongoing debates relating to various segments of Obama’s national health care law—the Affordable Care Act—challenge us to sort out and explain the problematic nature of using a slide rule to measure human dignity and its value to society. Attorney Ken Connor examined the kind of studies relating to healthcare conducted by the National Institutes of Health and opined, “In a culture where ‘quality of life’ is increasingly viewed as the predominant justification for abortion, assisted suicide, and even infanticide, there is a legitimate concern that these kinds of studies will be used by the government to advance policies that endanger society’s most vulnerable members.”

From the recent debates over government funding of abortion and contraception under the guise of “healthcare,” to the not-so-apparent uses of palliative medicine and Physicians Orders for Life Sustaining Treatment (POLST) to end lives perceived to lack sufficient quality, the march toward death continues unabated. No wonder some question the moral sanity of public policy in America today. On the subject of our government, Mark Steyn quipped, “When the state has the ability to know everything except the difference between right and wrong, it won’t end well.”

Just think about some sobering facts. Terri Schindler Schiavo’s brother Bobby recently explained that as more information comes out about those inaccurately diagnosed as being in a “vegetative” state, it becomes increasingly clear that “the PVS diagnosis can be used as a motive to kill a person with a brain injury, as it was in my sister, Terri Schiavo’s case.” Pro-life advocate Nat Hentoff told the public immediately after Terri’s death that Terri had become a victim of “judicial murder.” But that has not stopped those who use the diagnosis of brain death to rob living people of their vital organs, thus rendering them dead.

Recent research published on the Belbury Review blog exposes how “advance care planning aids work in a two-step process. Start by assessing the patient’s ‘values and beliefs’ (i.e., How wretched is your quality of life now? How wretched will it be? Are you now, or will you ever be, a burden to loved ones?).” In this way, the planner can assess whether or not the patient should be treated or given pain relief medication—medication that is oftenintended to relieve the patient, not of pain, but of his life.

The “quality of life” guesstimate is subjective and obviously can be abused.

Pro-life American Richard Vrabel put it this way, “When society starts deciding who lives and who dies based on its vague opinion on the ‘quality of life,’ we create a conditional attitude that gradually allows for the elimination of the weak, the sick, the young, and the old who won’t be able to defend themselves. Tyrants have done this in the past.”

Hitler and his followers come to mind, and we must learn from the valuable lessons of history. As Fritz Baumgartner, M.D., recently wrote, “What did Dr. Josef Mengele, the infamous Nazi doctor responsible for thetwinning experiments in Auschwitz, do after he escaped earthly justice? He became an abortionist in Argentina. The two lines of business have parallels that no objective observer can deny, vis-à-vis convicted abortionistKermit Gosnell, now spending a life-term prison sentence.”

Quality control standards should never be used on human beings.