Trending Now
You are at:Home»Featured»Inaccurate Reporting on Medjugorje is a Disservice to All Catholics
By Kevin Symonds on December 28, 2012 Featured, Live in Christ 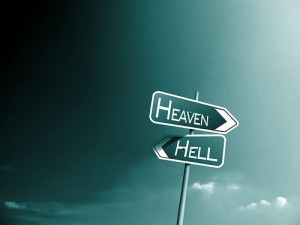 On the British tabloid Daily Mail Online, there recently appeared an article by Chris Rogers and Marshall Corwin concerning the six alleged seers of Medjugorje.  Rogers and Corwin write a fairly simple article that recounts some basic history of Medjugorje.  It also mixes the authors’ own experience with Medjugorje and the alleged seers.  I would like to take the opportunity to respond to some questionable statements made by Rogers and Corwin in their article.

The first statement is as follows, “Medjugorje is damned as childish and vulgar by a snootier class of Catholic. Certainly, it has become a religious Costa del Sol of hotels and souvenir shops, with everything from Jesus clocks to Virgin Mary lampshades, the flashing mementos merging with the Christmas lights.”

The above characterization as to why some Catholics question Medjugorje is inaccurate and deplorable.  First, it insults them by calling them “a snootier class of Catholic.”  The Catholics who have openly questioned Medjugorje are not “snooty” people.  They are, by and large, fairly well educated and catechized Catholics.  They have heard of the controversy that is Medjugorje and decided to investigate personally the matter.  Their results they have shared with others in accordance with Catholic law (canon 212 §3).

Secondly, the characterization associates the various wares and bric-a-brac of Medjugorje with certain criticisms.  The characterization asserts the unnamed “snootier” Catholics look down upon the souvenir business that has sprung up in Medjugorje.  While it is true said business has been a discussion point by certain skeptics, it is, however, quite secondary and not spoken of by the skeptics in a snooty way.

Speaking in terms of hierarchy or taxis of concerns, the souvenir business observation is quite low on the theological totem pole of issues surrounding Medjugorje.  The heresy, disobedience, scandal(s) fanaticism, etc. wrought by Medjugorje take the center stage of issues.  Sadly, Rogers and Corwin neglect to tell their readers about the existence of these issues. 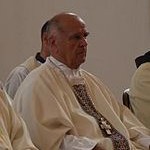 Some of the above issues concern the local Bishop referenced in the subsequent paragraph.  Despite the golden opportunity afforded them by this reference, Rogers and Corwin fail to take advantage of it.  They state “Medjugorje sits uneasily with a Church unused to such uncontrolled, spontaneous displays of faith, and over time it has become an open wound of acrimonious allegation and counter claim. Even the local bishop has denounced the visions as lies, banning the visionaries from public displays.”

The Catholic Church has been around for 2,000 years.  It is quite used to handling spontaneous devotions that arise from occasions such as these.  In fact, the Church has even issued norms on precisely how to handle these affairs.  Furthermore, this document stands in a long tradition of discernment stretching back to the foundation of the Church upon the Apostles and prophets. 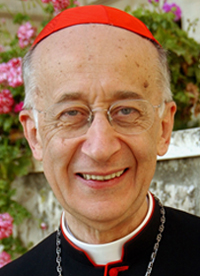 Rogers and Corwin, in the next paragraph, declare Rome will give believers in Medjugorje a “present” by approving the claims.  This is nothing short of overreaching.  Unless they wish to claim private knowledge, Rogers and Corwin cannot possibly know what the judgment of the commission is as it works in secret.  In fact, a number of conflicting reports have been given in the press in recent months, making them as believable as a snow cone in hell.

Another consideration in the article is a little further down.  Rogers and Corwin state, “The visionaries have been wired up as they undergo their trances, with some experts concluding that they are indeed in a state of ecstasy. None of the evidence is conclusive, but nor is there any evidence of deception or trickery, despite years of allegations.”  The second half of Rogers and Corwin’s statement is not accurate.

It is true various tests have been performed on the alleged visionaries but the results have been called into question.  Donal Foley’s book Medjugorje Revisited devotes an entire chapter (13) to critically investigating these tests.  Other tests performed by Dr. Giorgio Gagliardi and Fr. Andreas Resch in 1998 (Foley, 178-180) are particularly revealing.  There was also the infamous “flinching” episode with Vicka recorded by Louis Bélanger during one of her alleged ecstasies.

A further consideration in the article is the following statement, “‘They drive nice cars, have large homes and wear designer clothes,’ claims one website called Medjugorje Unmasked. This is untrue. Some have built annexes to house pilgrims, but the rooms are basic, the food is home-cooked and, at a cost of £20 a night, it covers the costs and affords only a modest living.”  There are a couple of objections with this statement.

First, the proper Italian name of the given web site is “Medjugorje senza maschera,” which means “Medjugorje without a Mask” not “Medjugorje Unmasked.”  This is a slight linguistic difference, but in the interests of accuracy, it is important to be faithful to the facts.  Secondly, this alleged citation from Marco Corvaglia’s web site cannot be found.  Regardless, Rogers and Corwin apparently missed Corvaglia’s page wherein the “large homes” claim is elucidated, at least in regard to one of the supposed visionaries.

The Italian web site L’Abateo Impertinente demonstrated from legal documentation that “seer” Ivan Dragicevic took out an $800,000 mortgage for a home in Massachusetts.  This loan, says the documentation, was retired within a year.  The question then arose: how was such a high debt repaid in a year by someone who does not have a full-time job?  Furthermore, was this house bought to “house” pilgrims?  Let it also be noted that Corvaglia also clearly posts on his site that the homes (at least those in Medjugorje) house pilgrims.

Towards the end of Rogers and Corwin’s article is another inaccurate statement.  They say, “Out of the tens of thousands of apparitions of the Virgin Mary reported throughout history, only 295 have been formally investigated and just 12 have ever been authenticated, the most recent being the apparitions of Our Lady of Laus in France, approved in 2008.”  The apparitions of Our Lady to Adele Brise in Champion, Wisconsin were approved on December 8, 2010 making it the most recently approved apparition in Catholic history, and the first approved by decree in the United States.

In conclusion, Rogers and Corwin’s article is largely uncritical, inaccurate and not well researched.  It appears to be written by two people who wish to believe in Medjugorje based upon what is in front of them.  Such face value judgments would be acceptable in certain cases, but in one such as Medjugorje, there is a lot more to the story that deserves treatment.  Sadly, Rogers and Corwin have failed to do so.