Trending Now
You are at:Home»Featured»Industry: A Distributist Solution Part II
By Richard Aleman on February 10, 2012 Featured, The Economy 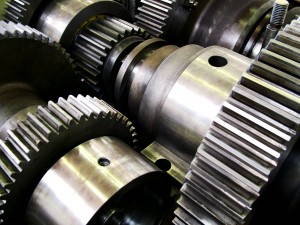 The family’s limited participation in the manufacturing of medium to large-scale goods appears to present us with a challenge. Large-scale industry is needed to accommodate the production of heavy machinery, automobiles, and other technologies we use everyday. To the skeptic, Distributism seems unresponsive to these needs and incapable of fitting into our modern framework. In part, this is the consequence of land and small business ownership figuring in modern debates among Distributists, capitalists, and socialists. Fewer conversations are directed at the core of distributist thought: mass ownership of the means of production. Yet, G.K. Chesterton re-awakened the imagination by recalling how widespread ownership of the means of production was prevalent, and had precedent, in various eras, notably the Middle Ages.

In order to resolve the question of how Distributism can accomplish large-scale manufacturing, we need to examine what the “means of production” are.

The “means of production” are the land, tools, and equipment needed for labor to transform raw materials into goods and services. As wealth is only possible by the combination of the means of production, labor, and raw materials, Distributists argue that these should be in the hands of the masses rather than the few plutocratic or under oppressive bureaucratic control.

Capitalism concentrates both resources and token wealth in few hands, using government to socialize the losses and privatize the profits of the smallest yet richest percentage of its citizens. The socialist reaction to capitalism is to centralize the means of production under the reins of government or what it calls “public ownership”. Inevitably however, both capitalism and socialism strip the masses of their ability to utilize the means of production freely, leaving the family a slave to the State or to the corporation. 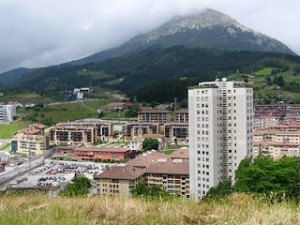 Worker-ownership, or “cooperatives” as they are commonly called, alleviates the tensions wrought by the separation of ownership and work because it eliminate this division, and it increase ownership because cooperatives are multi-partnerships, organizations owned and operated by a group, utilizing diversified tentacles of capital investment and resources. The employees are the capital owners. Instead of one person raising capital to incorporate and invest in overhead, the cooperative is a shared investment by several people. Cooperatives benefit from their collective bargaining power, pooling operational costs, and stretching limited resources. So, for example, a cooperative restaurant, its chefs, bartenders, waiters, and hosts pool their money and resources, become equal partners in the business, and work toward the principle goals of social investment, maintenance, and profit of the corporation. Each worker-owner brings in his or her talents and acquired skills into the company and becomes a partner with an equal vote in its direction and future goals.

Cooperatives should not be confused with “collectives,” such as “kolkhozes” or Soviet farms. Collectives in the Soviet Union were worker-operated but not worker-owned businesses. Members of collectives could not enter or exit voluntarily and were typically government-controlled through forced collectivization, which barred individual investment or profit of any sort with the sole purpose of production for the State.

A cooperative, on the other hand, is an exclusive or private business. 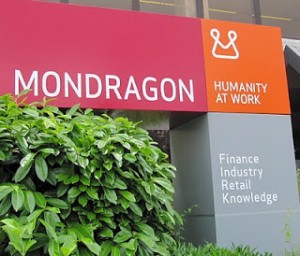 In Spain, Mondragón Cooperative Corporation is the seventh top corporation of the country; an umbrella corporation made up of more than 250 cooperatives, rooted in solidarity, with over 85,000 worker-owners in areas such as finance, retail, and education. Mondragón’s industrial model includes production in different areas of fabrication such as appliance, automotive parts, office and home furnishings, as well as the manufacturing of machinery and tools.

Father José María Arizmendiarrieta, a Jesuit priest influenced by the Catholic social encyclicals, founded Mondragón in 1956. Today Mondragón earns over 16 billion in annual revenue. Mondragón’s successful cooperative model is one reason the American trade union, United Steel Workers, has been in discussions with Mondragón to apply its worker-ownership right here in the United States.

But Mondragón is not the only exemplary model of cooperative business. The Emilia-Romagna region of Bologna, Italy, too has proven successful. Cooperatives in this part of Europe make up over 40% of Bologna’s Gross Domestic Product.

To the casual reader co-ops may seem a European phenomenon. However, we can look to our own shores for evidence that there is a rich history of cooperative ownership rooted in our nation. Not only do tens of thousands of co-ops operate in every sector, from fishing to agriculture, but the first cooperative, Philadelphia Contributionship for the Insurance of Houses from Losses by Fire, was established in 1752 by none other than Benjamin Franklin.

The cooperative business is not only an attractive alternative for large-scale manufacturing. It is also beneficial for those wishing to start small businesses yet lacking in capital investment.

Like any other business, cooperatives set their rules and regulations, establish their articles, and vote democratically under the principle of one person, one vote. They may, if they so choose, establish managerial boards, issue target and goal requirements, and compensate worker-owners based on their investment.

While most large-scale industries reduce the level of ownership in our society and treat labor as a cost instead of a partner in the production process, cooperatives are the Distributist answer to increase widespread ownership of the means of production. Cooperatives can restore the “Made in the USA” label, are the answer to the damage wrought by the North American Free Trade Agreement, and will mobilize workers whose jobs have been shipped overseas, raising American domestic production from the ashes.

Cooperatives are not just fascinating because they serve as the Distributist approach to medium and large-scale industry. They, like G.K. Chesterton, rekindle the imagination.