Trending Now
You are at:Home»Featured»Infertility and Selective Abortion: Steering a Course Between Scylla and Charybdis
By Ken Connor on October 12, 2012 Featured, Reproductive Technology 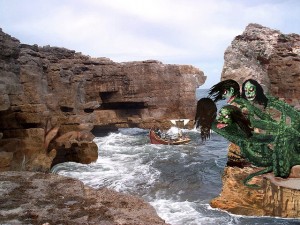 A lot of people, conservatives in particular, tend to idealize the past.  We like to wax lyrical about simpler times, the “good old days.”  Of course, if we are honest we have to admit that those good old days weren’t always so great.  The passage of time and progress of society have brought many blessings – civil, cultural, and technological.  Society today is freer, fairer, safer, and more comfortable.  Unfortunately many of the blessings of progress come at a cost.  The same technologies that make life healthier and more comfortable can also present us with previously unimagined ethical dilemmas.  This principle was illustrated recently in an open letter published in Slate magazine’s “Dear Prudence” feature.  “Prudence” dispenses “advice on manners and morals” to those struggling to navigate the complexities of life in the 21st century.

This particular edition featured a letter from a woman who became pregnant with quintuplets after being treated for infertility.  Fearful of total miscarriage or severe disability of one or more babies, she opted for “selective reduction” and gave birth to twins.  The intention of the woman and her husband had always been to keep this decision a secret from the surviving twins, but her father has been threatening to tell his grandchildren because he believes that family secrets are harmful and wrong.  What should she do?  In rendering her advice, Prudie assures her that she made a “painful, but medically sound choice.”

This situation illustrates a unique kind of ethical dilemma made possible by the amazing progress of medical technology over the past several decades.  Unwilling to accept the fact of her infertility, this woman and her husband turned to technology to create life where none previously existed.  Unfortunately, this solution delivered up more than they bargained for, and they made the decision to kill three children in order to improve the prognosis for two.  A couple with no children became parents of five thanks to the miracle of modern science, but then they chose to correct this technological “glitch” by aborting three of their babies to arrive at a more manageable figure.

Prudence reassures this woman that her decision was medically sound, but would she also maintain that it was ethically sound?  Because the “odds” are that one or more of her quintuplets would have been disabled, did that warrant the destruction of three human lives?  Are the lives of two developmentally normal children worth more than the lives of five disabled children?  Does the mere “chance” of disability warrant the destruction of an unborn child?  In many European countries the answer to this question appears increasingly to be “yes.”  Thanks to prenatal testing that predicts the odds of chromosomal abnormalities, Downs Syndrome and other developmental disabilities are all but extinct because women are aborting their babies rather to avoid facing the possibility of having a child with special needs.

It seems monstrous to put any parent in the position of having to choose which of their children live and which die.  Yet this kind of scenario is increasingly common due to the increase in reliance upon fertility technology and the multiple pregnancies that often result.  Is it ethical to create a situation where a mother is inevitably going to be faced with a prenatal version of Sophie’s Choice?  Didn’t we all hate the Nazi who visited that decision on Sophie?

Technology brings us many blessings, but it is fraught with danger as well.  Sadly, many who seek to avail themselves of the benefits of technology fail to look down the road and contemplate the dangers associated with its use.  Fertility technology has become so commonplace that few question its ethical implications.  But if we are indeed an ethical and compassionate society, we must ask whether it is a good thing for mankind to play God with respect to the creation and destruction of human life.  What equips us to make such decisions?  Are we all-knowing, perfectly just, and perfectly loving?  Can we always be sure that we’re doing the right thing, making the right choices?  Are we prepared to bear responsibility for the consequences of these choices?  And what about the three who were sacrificed so that their siblings would have a better chance of life without disability?  Did they have a choice in the decision?  Shouldn’t they?  Didn’t they have a huge stake in the outcome of the decisions being made?

Because this family chose to “play God” with respect to the creation and destruction of human life, five lives were created, but only two survived.  Now, years later the impact of that decision may affect the emotional health of their surviving children and is driving a wedge of mistrust and resentment between father and daughter.  Let this be a cautionary tale for a society that takes its technology for granted.  Before we elect to steer a course between Scylla and Charybdis, we should think long and hard about the consequences and collateral damage of our decisions.