Trending Now
You are at:Home»Featured»Inflation: Food, Fuel, and the Fed
By Dr. Mark W. Hendrickson on May 9, 2011 Featured, The Economy 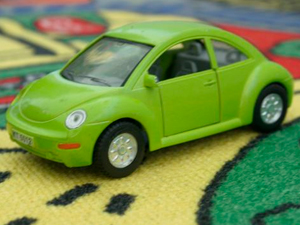 As Americans increasingly feel the pinch of higher prices for food and fuel, the Federal Reserve’s QE2 policy of creating more money has been called into question. Asked if the Fed bore some responsibility for these vexing price increases, Fed Chairman Ben Bernanke essentially replied, “It’s not our fault.” Instead, Bernanke blamed the price increases on “global supply and demand conditions.”

Is Chairman Bernanke correct? To use a well-known phrase: Not exactly.

Far be it from me, as an economist, to downplay the importance of supply and demand in determining prices. Certainly supply and demand have been pushing food and fuel prices higher. But those factors don’t account for all of the increases. For Bernanke to claim that the Fed’s inflationary monetary policies have not put upward pressure on prices is preposterous.

Let’s examine some of the causes of higher food and fuel prices more closely.

First, fuel: For decades, it has been federal policy to declare huge tracts of domestic territory off-limits to petroleum production. Team Obama—whose secretary of energy, Steven Chu, publicly declared in 2008, “Somehow we have to figure out how to boost the price of gasoline to the levels in Europe” (i.e., $8 per gallon)—has been the most radical anti-drilling administration ever. With government having succeeded in artificially suppressing supply to such a great degree, prices for oil and gasoline can’t help but be higher than they should be.

Second, food: For decades, federal policies have been designed to boost food prices above their free-market level in order to benefit well-organized, well-funded and politically influential agricultural interests.  In recent years, federal policy has given a turbo-boost to prices of agricultural commodities by mandating increased usage of ethanol in our gas tanks.  We are literally burning up millions of acres of corn, a basic food staple. Inevitably, less corn available for food means a higher price for corn. The higher price for corn ripples through the economy, resulting in higher prices for competing grains and livestock that feed on grain—voilà, it gets more expensive to eat.

The ripple effects of government-induced higher corn prices are international. Since food, like oil, has a global market, higher agricultural commodity prices are necessarily global. As food prices have risen, life has become increasingly precarious for the masses of poor people, such as those in the Middle East who have risen in protest and toppled governments. In turn, the rising political instability of the world’s key oil-producing region has imposed an uncertainty premium on the price of crude oil, further driving up gasoline prices here in the United States.

Clearly, Ben Bernanke was right to cite supply and demand factors as contributing to higher food and energy costs. He was too delicate, too politic, to point out the culpability of government policy in perpetrating this mischief. Without a doubt, federal policies have made food and fuel more expensive for Americans, with an additional international feedback loop whereby higher food prices trigger political instability in the Middle East, driving up oil prices even further.

However, Bernanke and the Fed are not blameless here. If the prices of a small number of commodities rise while most prices do not, we would reasonably conclude that those price movements are dictated by supply-and-demand factors. But when prices in general rise, that is the smoking gun that points to an inflationary monetary policy.

Since the Fed’s QE2 program was launched last September, the Commodities Research Bureau index of 19 basic, widely used commodities has risen by almost 40 percent. Has demand risen and supplies fallen significantly for all commodities since September? The odds against such an improbable coincidence are astronomical.

Instead, the answer is obvious: The Fed has flooded the financial system with newly created money, and the inevitable result of a lot more money bidding for approximately the same supply of goods is markedly higher prices. Indeed, for Bernanke to deny partial responsibility for higher prices is more than disingenuous, since the Fed’s stated goal last September was for prices to rise more rapidly. Does the Fed now regret getting what it wished and aimed for?

The solution to the problem of soaring prices of food and fuel lies in Washington. If Congress, the president, and the bureaucracies would restore free markets in food and fuel markets, prices would come down. If Bernanke and the Fed would quit expanding the supply of Federal Reserve Notes, upward pressure on prices would be diminished. It’s that simple, economically. Whether Washington’s frequent perverse, wealth-destroying policies can be reversed politically is another matter.