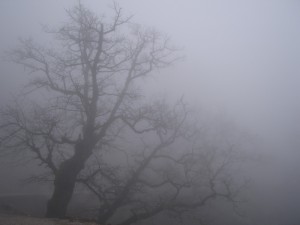 Many were in disbelief when a Planned Parenthood lobbyist from Florida, Alisa LaPoit Snow, suggested that babies born alive after abortion were nothing more than subject matter for decisions a mother should be able to make about whether or not her child should live. That act, were it to be performed, is being described as an “after-birth abortion.”

The actual transcript of the question and answer session that took place during a legislative hearing in Florida includes the following dialog:

“So, um, it is just really hard for me to even ask you this question because I’m almost in disbelief,” said Rep. Jim Boyd. “If a baby is born on a table as a result of a botched abortion, what would Planned Parenthood want to have happen to that child that is struggling for life?”

Snow responded, “We believe that any decision that’s made should be left up to the woman, her family, and the physician.”

Rep. Daniel Davis then asked Snow, “What happens in a situation where a baby is alive, breathing on a table, moving? What do your physicians do at that point?”

Is this woman dancing around the obvious or is she walking through the intellectual fog of death? Has her embrace of evil so consumed her that she does not see the harm in infanticide? Well let’s examine the facts.

Today in America almost 20 percent of teen births are not defined as the “first child” for such teens. Our children are having children at young ages every year and nobody in public policy is making a positive move to stop this trend.

Furthermore, for the first time in my lifetime, sexually transmitted diseases are at an all-time high! Did you know that more than 110 million Americans have a sexually transmitted infection? A study from the Centers for Disease Control confirms and is the source of this astounding number. In addition, use of the morning-after pill is increasing rapidly and, as a result, the number of sexually transmitted infections among its users is escalating as well. As more and more young women are provided with the various chemicals being recommended to “avoid” pregnancy, the number of STIs will continue to increase, as no form of the pill will protect women from any of these diseases, including the HIV virus.

The ethical question of the day is not whether to halt these trends, or at the very least strive to reverse them, but rather whether or not we should be able to take eggs from aborted females!

So what exactly is the connection between after-birth abortion—which is actually infanticide—robbing the aborted of their eggs, and the pill with its resulting dire implications? Each of them and all the aberrations in between are the result of decision makers, policy makers, and purveyors of sex—like Planned Parenthood—being overcome by the intellectual fog of death.

When sex for its own sake trumps truth, health, and psychological well-being, what else can we expect, America?

Planned Parenthood’s tentacles have been spreading into every nook and cranny of society since its founding in 1916. And while there are some who work diligently to expose the organization and do all within their power to show the horrors of what goes on inside its doors, far too many of those with the power to stop this behemoth are suffering in the fog.

Clearly America is being swept up in a revolution of deconstructed truth and sexual saturation with morbid results.

• A little baby born alive after a failed abortion is a piece of “information.”

• Sexually transmitted infections are the norm.

• Our kids are having children or killing them depending on their personal choices.

What’s wrong with this picture? I fear the fog is too thick for many to answer that question, and it is only growing thicker.