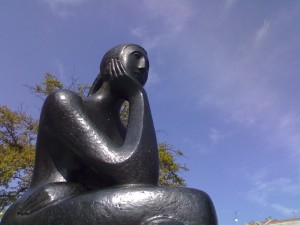 Sometimes a writer will say things that are so outlandish that even my grandmother, God rest her soul, would have been angry. Now, mind you, Bertha Tekla Baldi was never one to raise her voice, but the meandering gobbledygook of Mr. David Hampton, editorial director of the Mississippi’s Clarion Ledger, might have even gotten a rise from my dear, sweet grandma.

One would think even folks like Hampton would be satisfied that the state is doing due diligence with prospective voters, but no! Hampton is still concerned that folks might vote the wrong way on a matter he sees as none of their business anyway.

In his column he tells readers, “The most contentious and divisive political issue in the country is abortion. It is a religious/moral/ethical issue that does not lend itself to logic, or reason, middle-ground compromise or practical politics.”

First of all, abortion is an act of direct killing, not a political issue. Second, there is nothing religious about being able to discern the scientifically proven fact that a human being begins at his biological beginning. And third, it is neither moral nor ethical to kill an innocent baby not yet born. In fact, it is a heinous crime against humanity.

Setting aside reason, Hampton tells his readers that the personhood effort is simply a tactic for jettisoning what he calls a “constitutional issue” determined by the “right to privacy under the 14th amendment.” Well, I think it might be time for Mr. Hampton to retire to the law libraries and do a little homework.

The so-called right to privacy was contrived by an earlier United States Supreme Court decision, Griswold v. Connecticut, and it was manufactured out of thin air. There is no such thing as a right to kill a human being simply because he resides somewhere other than outside the womb, fallopian tube, or test tube. You see, it does not matter how that human being comes into existence. His right to life, his human rights, and his civil rights are violated every single time someone acts to kill him—be it by removal of his stem cells, flushing him down the drain of an IVF lab, providing his mother with a deadly chemical, or surgically slicing him to bits. No matter how it is done, aborting a person is killing.

The problem is, however, that like so many members of the media elite, Hampton has the opportunity to teach truth rather than to unapologetically disseminate nonsense. Shame on him!

I hope Mr. Hampton, not to mention those who author personhood proposals, will study the Carnegie Stages of Human Development before writing or saying things that are erroneous.

Intellectual honesty, unambiguous language, and persistence will pay life-saving dividends. On the other hand, intellectual sabotage is deadly.