Trending Now
You are at:Home»Featured»Intercessor of the Unborn
By Patti Maguire Armstrong on March 25, 2011 Featured, Life Issues & Bioethics 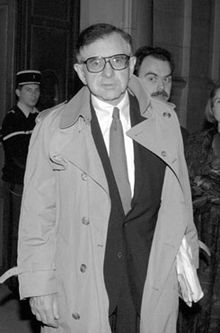 It’s been a month since the passing of Dr. Bernard Nathanson who died of cancer at the age of 84.  I’ve been waiting for NARAL (originally known as the National Association for the Repeal of Abortion Laws) to offer some tribute to this man who was a founding member of their group. And where has Planned Parenthood been? Nathanson helped come up with some of their favorite slogans, such as “Safe and legal is every woman’s right!” and “Who decides? You decide!”

Those slogans were powerful rhetoric. “I remember laughing when we made those slogans up,” Nathanson recalled years later, long after the truth had set him free. It’s the truth that made him an enemy of pro-choice groups so that they offered not a word of tribute to a man responsible for assisting in the legalization of abortion. Nathanson had become a turncoat, revealing trade secrets to the public, some of who naively thought abortion was really about women’s reproductive rights.

It was a climatic moment in the abortion debate when he came forward to reveal the lies behind the legalization of abortion.  This man knew how to manipulate the public. Here is his shocking revelation in the article “National Abortion Rights Action League Founder Reminisces,” 2002 by Pro-Life Infonet

“We persuaded the media that the cause of permissive abortion was a liberal, enlightened, sophisticated one,” recalls the movement’s co-founder. “Knowing that if a true poll were taken, we would be soundly defeated, we simply fabricated the results of fictional polls. We announced to the media that we had taken polls and that 60 percent of Americans were in favor of permissive abortion. This is the tactic of the self-fulfilling lie. Few people care to be in the minority. We aroused enough sympathy to sell our program of permissive abortion by fabricating the number of illegal abortions done annually in the U.S. The actual figure was approaching 100,000, but the figure we gave to the media repeatedly was 1,000,000.

“Repeating the big lie often enough convinces the public. The number of women dying from illegal abortions was around 200-250 annually. The figure we constantly fed to the media was 10,000. These false figures took root in the consciousness of Americans, convincing many that we needed to crack the abortion law.”

Once the law was cracked, Nathanson got to work. He operated the largest abortion clinic in the Western world and was responsible for the deaths of  75,000 unborn babies. That is more people than the entire city of Bismarck, North Dakota where I live.

Nathanson was an atheist who had been raised in an emotionally cold environment. Success was important, a conscience was not.  His experience with abortion was personal. In his 1996 autobiography, The Hand of God, Nathanson admitted he helped procure an illegal abortion for a girlfriend and later performed one himself on a second girlfriend. After aborting his own child, the only emotion he felt was pride at a job well down.

If killing was so easy for him it should be no surprise that lying to get what he wanted came just as easily.  And he wanted it to be legal to kill babies in their mother’s wombs. He got what he wanted in 1973 when abortion became legal in the United States.  And I believe he also got what he wanted on February 21, 2011, the day of his death.  He wanted to be with God in heaven.

Nathanson abandoned the path to hell and began walking the road to heaven while he was still an atheist. With the advent of new ultrasound technology in the Seventies came the advent of his conscience. He saw the humanity of the innocent pre-born babies, fighting for life in their mother’s wombs.  Surely it was one part technology and one part prayer that that opened Nathanson’s eyes and heart — not his prayers but those of the faithful. The daily prayers of the faithful to end to abortion and convert those in the abortion industry, had found their mark.

In his words, he remained a Jewish atheist for another ten years after becoming pro-life in 1979.  Working alongside men and women with an infinite love of God and humanity, eventually warmed his heart, however. Nathanson credited his witness to an Operation Rescue event, when hundreds blocked traffic by sitting down in front of a New York Planned Parenthood building, with giving him the realization that such passion could only be coming from a higher call. The heavily Catholic character of the pro-life movement influenced him to embrace the Catholic faith. Cardinal John O’Connor baptized Nathanson in St. Patrick’s Cathedral in December of 1996.

Like Norma McCorvey, the Roe in Roe v. Wade, and more recently Abby Johnson who in 2009 quit her job as a Planned Parenthood Director, the Catholic presence and love within the pro-life movement has converted key people who were once enemies of life. The testimonies from such influential insiders have taught us some very important lessons.

Nathanson is a hero. Once his conscience emerged, he followed it and went to the public with the truth. He could have lived a quiet life but instead, he lived a life of atonement and fought to undo the barbarism of abortion he once helped to promote.

As Catholics, we believe that the sacrament of Baptism removes all sin and all punishment. The untold tragedy of those 75,000 abortions happened long before his eventual baptism.  It is possible that Dr. Bernard Nathanson might be St. Bernard Nathanson, in the presence of God right now. Of course, we must always pray for souls because they could be in purgatory. But it is clear that Nathanson had given his life to Christ and was dedicated to saving the unborn.  I believe that he is continuing his work in the pro-life movement in the afterlife. May we keep his memory alive and may his intercession bring forth great fruits and save the unborn.