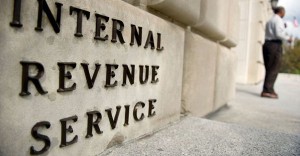 When the Coalition for Life of Iowa applied to the IRS for tax-exempt status just as Barack Obama was about to take office, CFLI President Susan Martinek expected a rigorous process requiring full disclosure of all relevant information. But she told Congress yesterday morning there were a few things she had not anticipated: That the IRS would try to force the organization to stop protesting outside Planned Parenthood and that it would ask about its members’ prayers.

“We never thought we would have to defend our prayer activities,” Martinek told members of the House Ways and Means Committee yesterday.

“I speak today so that what happened to us – the IRS’s demonstrated harassment, improper questions, and intolerance toward our message – may not happen to others,” she said during a special hearing on the groups targeted by the IRS because of their ideology.

The committee heard from representatives of six groups – one pro-life, one pro-marriage, and four Tea Party aligned organizations – about the personal toll of IRS harassment.

Sue Martinek told lawmakers that as CFLI’s 501(c)3 process unfolded, the tax agency pressured CFLI to stay away from abortion facilities. “In particular, the IRS wanted our assurances that we would not bother Planned Parenthood!” she stated in written testimony.

A question asked by the IRS also appeared to present prayer as outside the bounds of a tax-exempt statute, contrasting it with “scientific or medical facts.”

In June 2009, an IRS agent named Ms. Richards “told me verbally that we needed to send in a letter with the entire board’s signatures stating that, under penalty of perjury, we would not picket, protest, or organize groups to picket/protest outside of Planned Parenthood.”

Rather than comply, CFLI contacted the Thomas More Society, a public interest legal organization based in Chicago.

“The IRS granted us tax-exempt status just one week after our Thomas More Society attorney sent in that letter to IRS Agent Richards,” Martinek said. “No more mention was made of any IRS-required board statement about protesting and picketing outside of Planned Parenthood.”

Martinek concluded, “May our story of the IRS’s overreaching spur reform of its practices, better treatment of our charitable institutions, and continued protection of our First Amendment freedoms.”

Others have had less success with their complaints.

John Eastman, the chairman of the National Organization for Marriage, accused the IRS of “illegally using confidential information that must be filed with the IRS to facilitate the intimidation of donors.”

NOM does not divulge its donors’ names “because of the vicious and at times even violent campaign of intimidation that has been waged against supporters of traditional marriage.” Yet the Human Rights Campaign, a leading homosexual lobbying group funded by George Soros, obtained and published the list.

Eastman was able to assess from certain telltale markings that someone in the IRS had disclosed the confidential information, something he called “a serious felony.”

Yet more than a year after filing an official complaint, NOM has not received any information on the status of the case.

He called on Congress to investigate why no criminal charges have apparently been filed and to update the law to punish those who knowingly publish such protected information.

Congress is investigating a host of issues related to the spreading IRS harassment and attendant scandals, from whether Eric Holder perjured himself to whether Lois Lerner waived her Fifth Amendment rights by protesting her innocence.

Many say the preferential treatment the political Left receives under the Obama administration proves the government has spun out of control.

“I am not here today as a serf or a vassal. I am not begging my lords for mercy,” said Becky Gerritson of the Wetumpka, Alabama, Tea Party, another group that testified this morning. “I am a born-free, American woman – wife, mother, and citizen – and I’m telling my government that you have forgotten your place.”

Video of Sue Martinek’s testimony to the House Ways and Means Committee: