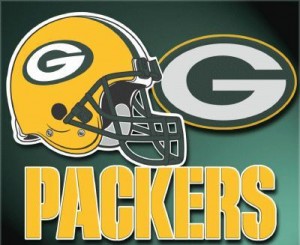 I did most of my growing up in Springville, New York, a small town boasting about 4,200 citizens in the southtowns of Western New York. The nearest big city is Buffalo, which boasts several verypopular sports teams. Buffalo is a sports town, despite a complete lack of national championships in any of them (though the Sabres have been cheated more than once, if you ask the locals; 1999, anyone?). We don’t have a major league baseball team, but the minor league team, the Bisons, is much loved and often followed. Our football team, the Buffalo Bills, are followed and adored by pretty much everyone. During the glory years of the late 1980s to the mid 1990s, when I was still in school, the Friday prior to any playoff game was a special “Bills day,” when the normal dress code was suspended, faces could be painted, and the morning announcements included devout hopes for the Bills’ success. For comparison, there was significantly less observance of the Gulf War, though we had the usual moments of silence and things of that nature.

And, of course, Buffalo is a cold northern industrial town, and that means hockey. The Sabres are a big item in Buffalo, and while they’re not as universally followed as the Bills, most everyone can at least say whether they’re doing well or badly, and probably name at least the more prominent players (especially American Olympic goalie, Olympic hockey MVP, and one of the best all-around goaltenders in the world, Ryan Miller, who’s a real celebrity in the area).

I’ve been to a few Sabres games, all home games, and they all start the same way. (Yes, I even got to go to one at the Aud; Western New Yorkers will know why I’m nostalgic.) Each team is in the box, the mood is jubilant, and the announcer begins to announce the starters for each team. He starts with the visiting team, and of course the rink boos and hisses at them all (especially if they’re the arch-rival Ottawa Senators). And then, once he’s finished up with the visiting team, the announcer begins with much enthusiasm and fanfare:

And now, introducing your Buffalo Sabres!

And naturally the crowd goes wild, cheering and whistling for the home team. And while we will, of course, badmouth any one of them when they do badly (except Ryan Miller, who never does badly), we still feel strongly that they are our Buffalo Sabres. The announcer said so, and we believe it. It’s a deep, visceral feeling; Buffalo may be struggling economically, like the rest of the old Rust Belt, but people love Western New York, and that comes out in our dedication to our sports teams. Our sports teams.

The thing is, though, that they’re not ours, and never have been, no matter how much we love them, cheer at the games, and rejoiced when they got rid of those awful new logos and went back to one that actually had sabres on it. They were founded and owned by wealthy Buffalo magnate family the Knoxes in 1970 (promoting the old Buffalo Bisons AHL team), then were owned by Rochester billionaire Tom Golisano, and were recently purchased by yet another billionaire, Terrance Pegula. They no longer play at the famed Aud, the Buffalo Memorial Auditorium (demolished in 2008), but at an arena named after a corporate donor, multinational bank HSBC. They’re not ours; they’re somebody else’s. We’re just allowed to think of them as ours so that the real owner can make better money.

Clearly, this isn’t a satisfactory setup for the Distributist. Local sports teams are a very Distributist notion; they encourage local pride, stimulate local economies, and bind together local communities, and they do so in the spirit of (usually) peaceful athletic achievement. It’s hard for a Distributist not to love them. But the way we in America, at least, do professional sports is hateful. The problems are legion, but they really all boil down to the same thing: capitalism.

More specifically, the sacrosanct “profit motive,” which of course overrides all other concerns. It’s the profit motive that breaks the real ties a community has with its local teams. One of the biggest examples of this is moving franchises. Teams move more or less whenever there’s profit to be had elsewhere. There are a few franchises that probably wouldn’t dare move (the Sabres are among them; indeed, when Golisano sold the team he turned down a much higher offer which was contingent on the team leaving Buffalo), but there are many that will move at the drop of a hat, and all would move if the money were good enough. There are still old baseball fans in downstate New York who refuse to follow the sport anymore, so betrayed were they when the Dodgers left Brooklyn. Famed quarterback Johnny Unitas cut all ties with his beloved Colts when they left Baltimore for Indianapolis. It is hard to call a team ours when they could leave whenever the profit motive leads them to; it’s hard for a Distributist to support professional sports as an aspect of local community when it’s tied to the local community only by money.

Another significant example, of course, is ownership. Distributism seeks the widely distributed ownership of productive property, which sports teams are not, so at first glance the issue doesn’t seem relevant. However, when a sports team is held up as a community team, the issue of ownership becomes important. Who owns the team? To what does that owner owe his loyalty? With modern professional sports, the team is owned by a corporation or by a wealthy magnate, and he owes his loyalty to himself. How is this an aspect of local community?

A better organization from a Distributist point of view would be a team owned by the community itself; that is, a community team, a local team, dedicated not to the profit of its owners but to the benefit of its community. Capitalists will scoff at this, of course; what incentive is there for such a team to get the best players? To get the best coaches? To drum up local support to sell more tickets? Without money, they’ll have no such motivation, so such a team is bound to be a failure.

For the non-Americans out there, the Green Bay Packers are a football team based in Green Bay, Wisconsin. This is a small community of about a hundred thousand citizens, possibly the smallest city which supports a professional football team. It’s a non-profit organization, owned by many shareholders; currently, over a hundred thousand people own nearly five million shares in the organization. It is prohibited for any one owner to have more than 200,000 shares, to prevent anyone dominating the club. Share ownership includes voting rights, but no dividends are paid and shares are not permitted to appreciate in value; there are no other monetary or service privileges associated with owning stock. The capitalist may well ask, why buy stock? Why would anyone spend money on this when no money will come in return?

Because they are their Green Bay Packers. The team really belongs to Green Bay, lock, stock, and barrel. The community can really own part of the team; and the team’s articles of incorporation stipulate that, should the team ever be sold, all profits will go to a charitable organization, thus ensuring that no one will ever do so. The Green Bay Packers are a local, community team in the fullest, truest sense of the word. And despite lacking a profit motive, they’ve been among the most successful teams in professional American football.

The NFL, of course, doesn’t want this type of ownership; then a team would be a publicly traded company, and would be required to publish its financial information. So numbers of owners are strictly capped by the NFL at 32, one of whom must own at least 30% of the team. The Packers’ corporation is grandfathered; and the Packers are therefore the only NFL team that does publish its balance sheets.

Professional sports represents a potentially powerful aspect of local community, something which any Distributist should love. But like nearly everything else in our day, its been corrupted by the unending pursuit of profit into a sham of community, a community which lasts only until more profit can be found somewhere else. But things could be different, as the Packers show; as distributists, let’s support any effort we can to make them that way.

Praise be to Christ the King!