Trending Now
You are at:Home»Featured»Is Simple Attention the Islamists’ Greatest Enemy?
By Raymond Ibrahim on July 18, 2011 Featured, On Media 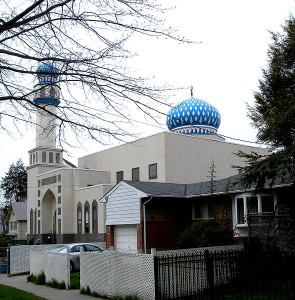 In a world paralyzed by political correctness and warped philosophies, attention is proving to be one of the greatest enemies of Islamist encroachment.

Consider the difference between pre- and post-September 11: A decade after the 9/11 jihad got the West’s attention, many people — perhaps not unlike yourself — have become aware of Islam and its doctrines, especially the “anti-infidel” ones, certainly many more people than before Sept. 11, 2001.

The result is that today, even nonviolent effronteries like the Ground Zero mosque – called by Newt Gingrich “an Islamist cultural-political offensive designed to undermine and destroy our civilization” — create a stir, though they once would have passed unnoticed.

Here’s another, more personal, anecdote of how attention can backfire on Islamists (complete details here). After Seattle’s Everett Community College invited me to come and speak on May 5, one Jaffar (“Jeff”) Siddiqui, who has a long history of trying to quash free speech on Islam, began pressuring the college to cancel my talk, including by writing a letter — titled “Don’t Invite Bigots!” — to its president.

Likewise, the director of the radical Council on American-Islamic Relations Washington chapter, Arsalan Bukhari, asserted that “[i]nviting Raymond Ibrahim to give an alternative viewpoint on being Muslim is like inviting the KKK to speak about African American history.”

Then, the day before my talk, this same Bukhari wrote an op-ed in Seattle’s Herald arguing that “by inviting a known conspiracy theorist with a history of making unfounded claims about Islam, the college is doing a disservice to the public and risks creating a hostile learning environment for its students.” Also the day before the talk CAIR’s main headquarters issued a particularly nasty and accusatory press release that culminated as follows:

By issuing Mr. Ibrahim an invitation, giving him an audience, and in any way providing him a platform, Everett Community College is complicit in inflaming a tinder box of hate and violence against Islam and Muslims, and is abusing its public trust as a federally funded educational institution. Therefore, we urge the College to cease its promotion of bigotry and hate speech by rescinding its invitation to Raymond Ibrahim to speak on campus.

To CAIR’S chagrin, the college refused to cave in, pointing out that my appearance was “consistent with the belief that students be exposed to a variety of views.”

Now, consider how CAIR caused an otherwise local event to snowball into something detrimental to its cause — simply by complaining about it, that is, drawing attention to it:

For starters, much media attention followed — attention that would never have been if not for CAIR’s howling — including a featured story for MSNBC on whether Islam is a “Terror threat or peaceful religion?” The over 3,000 comments on this report alone reveal that, as “leftist” as MSNBC is, many of its readers are aware of the Islamist agenda; others wonder why CAIR is so scared of free speech.

Moreover, that CAIR cried wolf yet again — and was ignored — not only embarrassed but publicly belittled CAIR’s influence. A community college defying Islamist threats and intimidation must surely shine as an example for other institutions that may actually be interested in promoting diversity of views —institutions that would never have even known that bullies like CAIR could be so easily ignored, if not for all the attention CAIR itself created.

In short, politically active Islamists must walk a fine line, must choose their fights carefully: if they scream bloody murder to silence free speech — scream “racist,” “hater,” “Islamophobe” — they risk bringing unwanted attention that backfires on them; yet if they sit back and do nothing, they risk having more and more people speak up and expose them.

Either way — whether CAIR or its un-stifled opponents make the noise — the result is the same: Americans, wondering why Islam is always in the spotlight, begin inquiring; some become acquainted with reality, and go on to discuss it with friends and family.

The cycle of slow but steady awareness that first began when 9/11 got the world’s attention continues.