Trending Now
You are at:Home»Featured»Is the Party Over?
By Ken Connor on April 30, 2011 Featured, The Economy 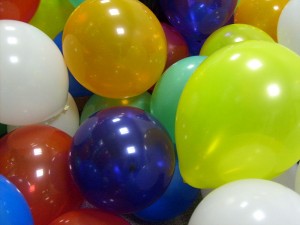 Let’s not kid ourselves: The policy train in American government has largely been driven by powerful special interests.  These enterprises invest enormous amounts of time and money in political campaigns in order to ensure that their agenda is advanced on Capitol Hill.  Over the years, particular interests have become allied with particular parties, becoming entrenched in the American political zeitgeist.  Big Business, Big Pharma, Big Oil – these are associated inextricably with the GOP.  On the other side of the aisle reside the patrons of the Democratic party: Big Labor, Planned Parenthood, the Green lobby, and the NEA.

For decades, these political powerhouses have been the sacred cows of American politics.  Elected officials cross them at their peril.  Fail to placate your party’s special interests and your political career won’t last long.

Therefore, things have to get pretty bad before the politicians begin to say no to their benefactors.  But, that’s exactly what’s beginning to happen, thanks to America’s worsening debt crisis.

This week, the Washington Post reported that Detroit’s Democratic Mayor David Bing “wants city employees to pay significantly more for health care and pensions.  What the unions do not give, he warned, the government will take by using a new state law allowing a state-appointed fiscal manager to void their collective bargaining agreements.”

What’s truly interesting about this development is what it indicates about the severity of the economic crisis facing our nation.  Even Democrats are beginning to realize that it is no longer fiscally viable to insulate labor unions from economic reality.  More from the article:

Decades ago, when Detroit earned the proud moniker Motor City, it was home to a thriving?and decidedly blue-collar middle class built largely by the clout of organized labor.  Detroit is now renowned as a national symbol of urban dysfunction, and as Bing tries desperately to change that reputation, he often finds himself at odds with the city’s labor unions. . . .  Even as the city is shrinking, Bing calls the current state of city services unacceptable.  And he says they are not going to improve unless he can reduce the city’s personnel costs, which are overwhelming the budget.  This year, the city paid $200 million in pension benefits, which Bing said was $25 million more than the city paid for fire department and ambulance services last year.

“The old days, when getting a good city job meant that you put in your 20 years with the expectation that city government could take care of you for the next 40, is no longer a realistic or viable option,” Bing said.

The power of special interests in American politics — at every level — cannot be underestimated, yet we are quickly getting to the point where politicians can literally no longer afford to pay tribute to their patron constituencies.  This is yet another signal that America’s economic troubles are no joke.  They are serious, and they are not going away unless the entire nation, from Congress to Wall Street to Main Street, is willing to make some major changes.

If our elected officials lacked the gumption before now to make the tough decisions, perhaps it is a good thing that we have gotten to the point where economic reality is compelling them to act.  In this challenge, they will need the public’s support and encouragement.  We must send the message, and send it loudly, that we are ready for a change, that we expect a change, and that we will settle for nothing less than representatives who are ready and willing to do the work that needs to be done to bring America back from the brink of disaster.

The days of pandering pols dismissing concerned citizens as Chicken Littles are over.  The crisis is real, the crisis is here, and it demands decisive action from both sides of the aisle.