Trending Now
You are at:Home»Featured»Islamists on Welfare: Paid to Plot the West’s Demise
By Kathy Shaidle on April 6, 2011 Featured, Government & Politics 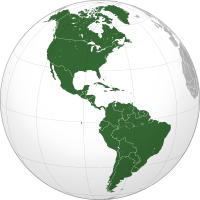 In 2008, the Toronto Sun reported that “hundreds of [Greater Toronto Area] Muslim men in polygamous marriages — some with a harem of wives — are receiving welfare and social benefits for each of their spouses, thanks to the city and province, Muslim leaders say.”

“Polygamy is a regular part of life for many Muslims,” Canadian Society of Muslims president Mumtaz Ali declared bluntly. “Ontario recognizes religious marriages for Muslims and others.”

Government officials quickly denied the Muslim leader’s claims about immigration law and social benefits regulations. Only one public servant seemed sufficiently concerned. “This is wrong,” said city councilor Rob Ford. “They should put a stop to this immediately.”

Instead, welfare abuse by Muslims appears to have metastasized across the Western world. Almost three years later, news stories about radical Muslims — often immigrants — engaged in social benefits scams emerge regularly from Europe, Canada, and Australia. Even when they are not involved in fraud, Muslims frequently are overrepresented on welfare rolls, compared with other communities. The statistics from around the globe are jaw-dropping, especially in economically uncertain times.

According to one 2007 source, immigration, of which Muslims comprise a significant part, “costs Sweden at least 40 to 50 billion Swedish kroner [approximately $7 billion]every year … and has greatly contributed to bringing the Swedish welfare state to the brink of bankruptcy.” Yet two years earlier, the country’s finance minister declared counterintuitively that “more immigrants should be allowed into Sweden in order to safeguard the welfare system.”

One Iranian immigrant to Sweden expressed astonishment at his new country’s policies: “In Sweden my family encountered a political system that seemed very strange. The interpreter told us that Sweden is a country where the government will put a check into your mailbox each month if you don’t work. She explained that there was no reason to get a job.”

The statistics from Norway are even more shocking. According to a University of Oslo study, “non-Western immigrants” are ten times as likely to be on social assistance as native Norwegians.

In Germany, Muslims are four times as likely to be receiving welfare as non-Muslims. However, unlike his counterpart in Sweden, Berlin’s former finance senator Thilo Sarrazin is speaking out against the benefits system and has penned a bestselling book condemning the nation’s immigration policies. Sarrazin stated while in office that welfare recipients could feed themselves on four euros per day, adding that “losing weight is the least of their problems.”

Research by Daniel Pipes and Lars Hedegaard from 2002 reveals that mostly Muslim immigrants in Denmark “constitute five percent of the population but consume upwards of 40 percent of the welfare spending.” In that country, numerous “single” women who receive social assistance are really the wives of polygamous Muslim men.

Polygamy and benefits fraud go hand in hand across the continent. Last year in France, a polygamous Muslim and father of 17 children was charged with welfare fraud when authorities discovered that “two of his companions lived in Dubai for a year while continuing to receive welfare benefits worth 10,000 euros.” The man did not exactly have a low profile, as he made news previously when one of his wives was fined for driving while wearing a niqab that restricted her vision.

In one instance, a former minister in the British government, which has been known to grant additional welfare benefits to cover a man’s additional wives, openly promoted welfare use and abuse among her Muslim constituents. Last December, deputy Labour Party leader Harriet Harman labeled Muslim immigrants who send a portion of their welfare payments to families back home “heroic.” She even “called for tax refunds to encourage more immigrants to follow suit.”

However, ordinary Muslims are not the only ones exploiting generous Western welfare systems for personal gain. In 2005, the UK Telegraph reported that the governor of Pakistan’s Sindh province had received British state benefits of around £1,000 a month for ten months, plus the rent for a northwest London house.

Even worse, many well-known Islamic radicals are on the dole. The irony of the situation is inescapable: their parasitical behavior obliges governments, through taxpayers, to subsidize their adopted country’s own destruction.

For example, one of England’s most notorious Muslim leaders, hate preacher and Islamic law proponent Anjem Choudary, has boasted about receiving £25,000 a year in benefits, explaining that the money “belongs to Allah.” Membership in Choudary’s Islam4UK group was criminalized after he threatened to lead 500 followers on a highly provocative “anti-war” march, “carrying empty coffins to mark Muslims ‘mercilessly murdered’ in Iraq and Afghanistan.” Choudary even paid the £50 fine brought down against Emdadur Choudhury (no relation) for burning poppies while disrupting somber Remembrance Day services last year. It was revealed that Emdadur Choudhury, who has been dubbed “the designer label extremist” for his taste in Western clothes, lives in “a free council flat and [receives]almost £800 a month [in]state handouts.”

Then there is Abdul Rahman Saleem, who once served prison time for inciting racial hatred during London riots against the Danish Muhammad cartoons. He now stands accused of “fiddling the benefits system by working while claiming jobseekers’ allowance.” A “friend”-turned-informant told the Daily Mail, “He likes to say ‘Allah provides’ — but in reality it is the state he seems to despise so much that makes the provisions for him. The Child Support Agency claim[s]there is nothing they can do to make him pay for his children because he is in receipt of jobseekers’ allowance.”

Meanwhile, five Muslim men convicted of harassment for shouting insults during a 2009 homecoming parade for British soldiers nevertheless went unpunished, declaring that taxpayers would foot the bill for court costs because they were on welfare.

Moreover, it was revealed last year that the council house occupied by the wife and eight children of England’s most infamous convicted hate preacher, the hook-handed Abu Hamza, received a £40,000 “makeover paid for by taxpayers.” His children are British-born, the Daily Mail reported, “meaning they are entitled to support from the state, which would continue even if Hamza is extradited.” This support has included close to £700 per week in rent, benefits, and allowances.

Not even revelations that some actual terrorists collect welfare payments before and after they commit their crimes have prompted sweeping reforms of the benefits system.

Two weeks after the July 7, 2005, bombings in London, four explosions disrupted the city’s public transportation system once more. (Fortunately, only one injury was reported.) British authorities subsequently discovered that the Muslim radicals involved in the attack had collected more than £165,000 in benefits, aided by multiple addresses and national insurance numbers. Two of them originally won asylum in Britain by using forged passports and false names.

Abu Qatada, sometimes referred to as “Osama bin Laden’s ambassador in Europe,” was found guilty of plotting to plant bombs during millennium celebrations in Jordan. After his release from prison in 2008, he was granted £150 a week in “incapacity benefits” for a bad back — despite later being photographed wearing a knapsack and carrying groceries on the anniversary of the July 7 London bombings. Along with publishing that photo, the Telegraph revealed that “Qatada’s family is understood to be claiming around £47,000 a year in benefits — £500 a week in child benefits for the four of his five children under 18, £210 for income support, £150 for incapacity benefit, £45 in council tax benefit — along with a council home worth around £800,000.”

Similar situations have occurred in Australia. When Abdul Nacer Benbrika stood trial on terrorism charges, it emerged that the illegal Algerian immigrant and father of seven, who had been ordered deported three times, “never worked a day” in 19 years and “has cost us millions” in welfare payments, “baby bonus” checks, and other benefits, in the words of one broadcaster.

Furthermore, Australian David Hicks brazenly declared his plan to go on the dole as soon as he was released from prison. An unrepentant would-be “martyr,” Hicks trained with al-Qaeda in Afghanistan and claims to have met Osama bin Laden 20 times. His father told the Herald Sun in 2007, “He’s an Australian citizen. He has a right to that sort of thing.”

One of Norway’s most notorious welfare recipients is also a convicted terrorist: Mullah Krekar, who has been linked to bombings in Madrid and Iraq.

Meanwhile, Canada’s most famous welfare recipients — Muslim or otherwise — remain the Khadrs. Confessed war criminal Omar Khadr still resides in Guantanamo Bay, having pleaded guilty to killing a U.S. soldier in Afghanistan in 2002. However, his extended family members, all of whom share his radical views, continue to live on welfare in a Toronto suburb.

Despite the public outrage provoked by the Toronto Sun in 2008, little evidence suggests that the situation has improved in Canada. In early 2011, the Mounties charged Ahmad El-Akhal, a Quebec immigration consultant, with “providing Canadian citizenship documents to hundreds of people in the Middle East so they could collect benefits and tax refunds” to the tune of $500,000. Adding an original twist on the venerable scam, none of the individuals receiving benefits actually lived in Canada. According to the Royal Canadian Mounted Police, the scheme had been going on since 1999.

This author contacted the officials originally quoted in that Toronto Sun report to ask what is being done about welfare abuse by Muslims. The office of Rob Ford, who is now Toronto mayor, never replied to inquiries. Just one individual, a spokesperson for the Ministry of Community and Social Services, responded — but only with a boilerplate email. Rebecca MacKenzie explained that the ministry is “not able to provide comment on specific cases due to privacy concerns,” adding that they “take allegations of fraud very seriously.”

Seriousness is long overdue. As an Islamist Watch blog post from 2009 put it, “Only one adjective properly describes a government that funds those who seek its destruction: suicidal.”

[Original url: http://www.meforum.org/2870/islamists-on-welfare. This article was sponsored by Islamist Watch, a project of the Middle East Forum.]