Trending Now
You are at:Home»Business & Work»It’s (No Longer) a Jeep Thing
By Tom Purcell on September 14, 2013 Business & Work, Featured, Humor 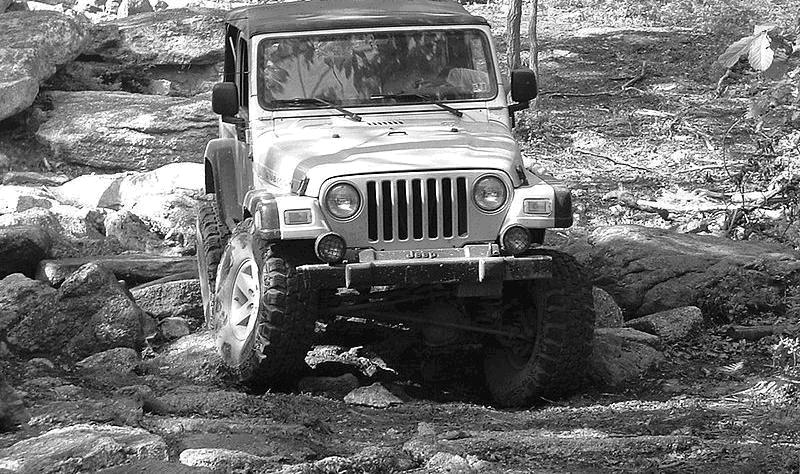 I became upset when I got word.

Jeep, reports Automotive News, is shifting its focus away from hearty off-road 4X4’s to, mostly, dinky little two-wheel-drive cars that ride smoothly on paved roads — the kind of cars Europeans like to drive.

This is what happens when an iconic American brand is sold to a European automaker, such as Fiat — and I, a Jeep owner, am not happy about it.

I bought a brand-new Jeep Wrangler ragtop about one year ago. I needed it, in part, because I live atop a steep road in the country and my prior car, a 2010 Nissan Maxima sports sedan, was horrible in the snow.

I love my Jeep.

The very first Jeep was created in 1940 by the American Bantam Car Co. in Butler, Pa. It was an innovative and highly effective design that would contribute greatly to our success in World War II.

After the war, Jeep became a beloved American brand — for more than six decades, it has retained its unique look and style.

We Jeep owners are a proud lot. We drive, arguably, the most capable 4×4 vehicles on Earth. We are confident that no matter the weather or conditions, we will prevail — and joyfully use our winches to get stuck drivers out of ruts.

We don’t want a smooth ride on paved roads. We take pride in our Jeeps’ kidney-bouncing suspension that favors functionality and performance over the comfort preferred by more fragile, uninteresting human beings.

We don’t want quiet, either. We love to unsnap our roofs and enjoy endless “hours of pleasure” driving around “in God’s great open spaces” — as it was put by Henry Ford, founder of the only current American car company that didn’t accept government bailouts.

To own a Jeep Wrangler is to be a member of an exclusive club. Every time I pass another Wrangler owner, I give and receive the “Jeep Wave.” It consists of either a raised hand waving or four fingers extended upward from the steering wheel. It is at once a greeting and a salute.

So I find it upsetting that the new owner of one of America’s most treasured icons intends to make Jeeps that will no longer be real Jeeps — and even more upsetting that it is our government’s fault.

See, due to gross mismanagement common to two of the “Big Three” U.S. automakers, Chrysler, of which Jeep is a part, accepted a government bailout in 2009.

As part of its government-managed bankruptcy, Chrysler was sold to Italian automaker Fiat SpA. Fiat, if you are not aware, is the maker of the dinky little Fiat 500, a car so small that drivers “wear it” more than drive it.

And when the U.S. Treasury exited Chrysler by selling to Fiat, it failed to recoup $1.3 billion of the initial $12.5 billion that American taxpayers “invested” in the company — which is also upsetting.

According to Forbes, Chrysler would have performed much better had it said “no” to the government bailout. A study by economist Brian Kelleher Richter and colleagues Adam Fremeth and Guy L.F. Holborn concludes that the bailout reduced Chrysler’s post-bailout sales by 20 percent — because its reputation was diminished and no small number of potential customers were unhappy about the bailout.

And so it is that a European car company now owns Chrysler and its Jeep division and is gearing up to add non-Jeep Jeeps to its proud line — including a two-wheel-drive “baby” version of my beloved Wrangler.

I hope the drivers of that dinky little knockoff don’t have the gall to wave to each other.