Trending Now
You are at:Home»Featured»Kicking Out Kickstarter
By Ryan Eggenberger on April 24, 2014 Featured, Leadership 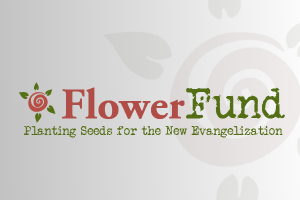 Why does it take a global controversy to alert Catholic Christians to the obvious: The secular world has become increasingly hostile to the good, the true and the beautiful. There’s an uncharitable urge to chuckle whenever someone ‘discovers’ a company, organization or government engaging in some kind of specifically anti-Catholic or generally anti-Christian manner. (Pssst. The whole world is generally anti-Christian—has been for a while.)

That’s why the recent hysteria surrounding the popular crowd-funding platform’s decision to arbitrarily deny a group the opportunity to utilize its platform to raise revenue for their film doesn’t seem merited. While it’s surprising that Kickstarter would risk losing out on anywhere between 5%-9% of $2.1 million in fees, it’s no major shock they would disallow these folks to use their site based on the proposed content since Gosnell represents a distinctly drawn, moral line in the sand.

Silicon valley has long been a bastion of libertarian-esque political thought and the world’s power structures—in the third millennium—have generally become left-leaning save for a few pockets of resistance. So…how is this any different than 2,000 years ago? The Roman Empire in a nutshell: “Big government?” Check. Infanticide? Check. Discrimination against Christians? A big check on that one too.

Are we not a people called to wait in joyful hope for the second coming?

Of course we are. But that doesn’t mean we have to sit out crowd-funding or await apprehension and anxiety about participating in the world. We can support one another. We can be in the world, not of the world, and also engage the world simultaneously. And through the Internet, it’s becoming ever more easy to do just that. Is it counter-cultural? Naturally. Welcome to Christianity 101.

Look at CSA’s as an alternative to corporate grocers with whom you disagree. Upset with Obamacare? Enroll in a Health Care Sharing Ministry. Don’t want to support Starbucks’ progressive agenda? Visit a Panera or check out HIS Coffee Company. Will any of these be the ultimate solutions to your problems? Of course not; the world has no perfect solutions to offer (it’s the world, not paradise).

However, making the simple sacrifice of driving an extra mile to patronize a different location or paying an extra fee for a premium that doesn’t fund the morally reprehensible is a major act of good will. These acts not only work toward the common good, but can profoundly help our brothers and sisters in this world. This may seem like going out on a limb, but when we take part in these small actions, we can even positively impact salvific history.

This is fundamentally different than a boycott to try and engineer social or corporate policy. That tactic rarely works. Rather, it’s about engaging in a positive versus a negative. Instead of boycotting Supermarket A to “send a message,” why not support Supermarket C? The message is sent with much less animosity and far greater clarity. The people you support, in turn, will promote good works such as a church or pro-life ministry instead of donations to “charities” that do more harm than good.  Now, Supermarket C may not exist where you live—so why not start it?

It might seem zany, but that’s exactly what we did.

We love crowd-funding. The practice has revolutionized fundraising campaigns because it provides a way to enhance traditional development and draw from the power of the web. But we grumbled every time we recommended a client to IndieGogo or Kickstarter because of the fees and because, well, we just figured as much. If a company isn’t Christ-centered, then who knows what its revenue ultimately funds? Now there’s an alternative.

FlowerFund is our new crowd-funding platform that welcomes, encourages and aids pro-life, pro-family and, well, any type of project. We will never reject an initiative to raise funds for a pro-life film, ministry or project. What’s more, the real difference between our platform and the rest is that we build in marketing support for your project (if approved), charge significantly less in fees (the lowest in the entire field), and ensure that any profit goes to help causes in which we can all believe. (Pssst. It’s also Catholics helping other Catholics.)

This spring, consider FlowerFund as the platform to use for your crowd-funding campaign and together, let’s kick out a message that we are a people of hope.  Let’s tell the world that we’re tired of getting bullied around and that we’re not going to wait until the next big platform rejects a project on the basis of religious or political views. We’re Catholic and we should be smarter than that. After all, we eventually turned Rome from an Empire that excoriated Christianity to one that embraced it.