Trending Now
You are at:Home»Featured»Kill Them in the Cradle
By Susan Yoshihara, Ph.D. on January 12, 2012 Featured, Life Issues & Bioethics 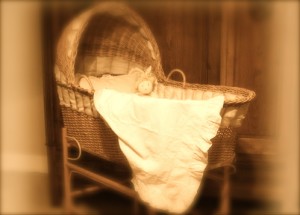 I suffered a sneak attack last week while sitting at the head table for a dinner at Providence’s prestigious Hope Club (my husband Toshi was the evening’s speaker). Surrounded by the grandeur of the old place (still Christmas-clad) and enjoying a good meal, I was happy to be placed between a Navy fighter pilot getting his master’s degree in foreign affairs and a progressive, stay at home mom.

Though her husband was a professor of international affairs, the topic that brought us all to the city, the woman spoke only of her two daughters: what they wore, how they slept, their struggle to learn this or that game (chess for the 10-year old, only checkers for the frustrated 5-year old), how each was doing in school and so on.

My fellow Navy pilot, on the other hand, allowed me to talk about my new book on population, a display of forbearance that indicated a pleasant evening ahead, I thought. Until he asked if I had read Freakonomics. What did I think of the conclusion that high abortion rates in poor (Black) communities lowers crime rates? Gruesome, I said, as a policy prescription anyway. What followed was a miserable 20 minutes in which I could glean not a single concession that a policy promoting the killing of children before birth was in any way wrong, unjust, unfair, or bad policy for a great nation.

But the statistics show, he insisted, the statistics show that the poor commit more crime and abortion lowers crime rates. A newborn is not a criminal. That’s just emotions talking. No, there are in fact no newborns doing time. But they will in the future, the statistics show. And so on. I asked the mom if she’d accompany me to the bar for a ladies cocktail.

In the book I noted that among the origins of the population control movement in the 1950s was the military counter-insurgency tactic by the same name. And there is the old thinking that it is better to strangle them in the cradle then face them on the battlefield. It was still jarring to meet what appeared to be a flesh-and-blood proponent of the doctrine.

Recounting the conversation on the way to the bar, the mom surprised me. Yes, it is emotions talking, so what? How could he say that to a mom, did you tell him about our daughter? (They adopted their 10-year old from Korea when it had one of the world’s highest abortion rates for girls). On the phone today, my sister’s reaction was the same. Did you tell him that it is my boy he is talking about? (Her beloved foster son was born in jail).

It is worrying that intelligent and dedicated professional men are lured by the siren song of statistics but can dismiss personal experience as emotion. (I think I had to read that Joan Didion book in college that said this was a fundamental difference between men and women. But I know women (including yours truly) who do the same by instinct or training). On the other hand, it is a relief to witness a woman become passionately pro-life when the subject concerns her own child.