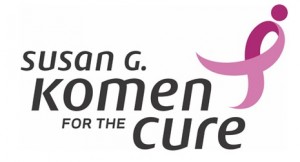 For years, several Susan G. Komen for the Cure affiliates have given Planned Parenthood over half a million dollars in grants every year. Last year that amount was roughly $680,000 and $580,000 the year before. Now, the Nation’s largest breast cancer awareness organization says it will officially end its financial support for the Nation’s largest abortion provider.

The cutoff, Komen spokesman Leslie Aun told the AP, is the result of Komen’s newly adopted criteria barring grants to organizations that are under investigation by local, state or federal authorities. Currently, Planned Parenthood is being investigated by a U.S. House Committe to determine whether the abortion giant properly reports criminal conduct or has improperly used public money to pay for abortion services.

Another likely factor in their decision is Komen’s new initiative to strengthen its grants program to be more “outcomes-driven” and allow for greater investments in programs that “directly serve women”.  While Planned Parenthood provides some “breast health” services, mammograms, which are a woman’s best chance for detecting breast cancer, aren’t among them. An investigation last year by LiveAction revealed that, contrary to the claims of Planned Parenthood Federation of America CEO Cecile Richards, Senator Barbara Boxer and other supporters, Planned Parenthood can only refer women to other locations for mammograms since not a single one of their facilities is equipped to offer them.

Naturally, Planned Parenthood is not happy with this decision and claims that the move is political and based on heavy pressure from pro-life groups.  Cecile Richards told the AP, “It’s hard to understand how an organization with whom we share a mission of saving women’s lives could have bowed to this kind of bullying. It’s really hurtful.” The Hill reports that Planned Parenthood has set up an “emergency fund” to offset the loss of the Komen funds (a deficit that could easily be recovered if Richards and her affiliate CEO’s would agree to even a 1% cut in their paychecks).

Whatever the reason for it, this is very welcome news to pro-lifers who have been condemning he deadly link between the two organizations for years now for several reasons, not the least of which being the fact that Planned Parenthood is in the business of killing innocent human beings.

Why in the world Komen would ever want or need to give money to Planned Parenthood of all places has always been a mystery to me.  Not only do they not provide mammograms, but mounting evidence suggests that some of the main “goods and services” they do provide — abortion and hormonal contraceptives — actually increases a woman’s risk of getting breast cancer. The link between hormonal contraceptives and an increased risk of breast cancer has been acknowledged by the Mayo Clinic and the World Health Organization and in 2010, a researcher at the National Cancer Institute, which previously denied the link, admitted that abortion significantly increases a woman’s chances of getting breast cancer.  Even Dr. Janet Daling, a leading cancer epidemiologist and pro-choice advocate has said, “I would have loved to have found no association between breast cancer and abortion, but our research is rock solid, and our data is accurate. It’s not a matter of believing, it’s a matter of what is.”

At any rate, besides being a good moral decision, this was just a smart financial move for Komen. Planned Parenthood does not fit into Komen’s agenda. Period. And there’s no reason for them to keep funding it. There are better ways to make sure that poor women have access to breast cancer screenings than giving money to an organization that alone is responsible for roughly three hundred thousand of America’s annual 1.2 million abortions.

I don’t know what’s up with the leadership at that organization, but I like what they’re doing! Tell them you like it, too! Email: news@komen.org

Now, if only they would stop denying the abortion link and provide women with information on the full range of unnecessary breast cancer risk factors.