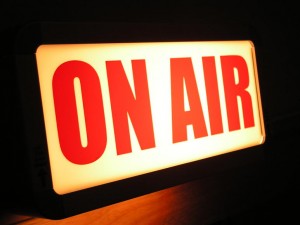 What do a 70-year-old widow and a 45-year-old father of five have in common? Three things: They both reside in the Archdiocese of Atlanta (the fastest growing archdiocese in the country), they are long time friends and they both had a goal of starting a Catholic radio station in their diocese.

After much prayer, Mark Peffer and Carol Bush followed the lead of the Holy Spirit and launched a Catholic radio companyin the Atlanta area (Atlanta was one of only two major market areas without a Catholic station-New York is the other). On January 1, 2010, Totus Tuus Catholic Radio, Inc. was incorporated in the State of Georgia as a non-profit. Within a month Deacon-in-formation, Ken Lampert, who already had a one hour weekly program on local stations, AM 550 and FM 102.9, called The Catholic Hour, asked if Totus Tuus would like to take over his program. Two months later, The Catholic Hour was Totus Tuus’ first program. Now Deacon Ken is a vital part of the weekly broadcasts, and a consultant to the radio’s board of directors.

This new radio initiative is great news for the Atlanta area but it’s also good news for Catholics throughout the U.S. Why? Because, like the majority of Catholic radio programs in the U.S., this one was started not by media professionals, but by dedicated lay persons with a burning desire to spread the Word of God and the Good News of their Catholic Faith.

Of course, tackling a project like this is expensive. Totus Tuus Radio received an initial grant of $5000 last December from the Catholic Foundation of North Georgia towards programming costs. And the Knights of Columbus are planning a fundraiser to further assist the board with expenses. But to reach all of the greater Atlanta area, Totus Tuus Radio will need it’s own FM station and that costs money—money to the tune of about $2 million dollars.

But Peffer, Bush, and the radio board are not discouraged. Rather, they are excited to see how and where the Holy Spirit will lead them, and how He will provide for the new station they need. After all, they are boldly following the call of The New Evangelization as they chart territory unknown to them. Like our beloved Pope Benedict XVI has said, “Large things always begin from the small seed…”1

On Sunday, November 13th, at 8pm Eastern Time on WDUN AM 50 or FM 102.9, Totus Tuus Radio will be featuring a program by Fr. Jacek (Yaht-sek) Szuster, Pastor of The Church of the Most Holy Trinity in Augusta, GA, the oldest surviving Catholic Church building in Georgia. To listen go to the radios’ website: www.ttcatholicradio.com. Click on Listen LIVE, or listen to the MP3 file by clicking on Catholic Hour Archives.

Totus Tuus Radio is in URGENT NEED of DONATIONS in order to stay on the air and eventually expand. All donations are tax deductible. To give, simply click on the Donate link on Totus Tuus’ home page or send a check to: