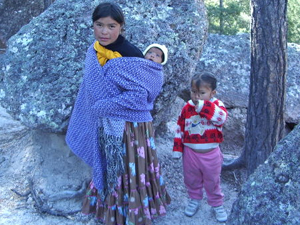 During a conversation with my 23-year-old son, he told me that a lot of his friends like our new pope. This isn’t the measure of the greatness of the man, but it is good to see some of Pope Francis’ major themes resonating with the young. Among the most prominent of these themes, something that rings true with a generation struggling to gain financial footing during a time of extended economic turmoil, is the pope’s concern for the poor.

The pope went so far as to challenge us to go and touch those in greatest need. This can be frightening because the places where the poor live can be unsafe. The people who run a mission in an impoverished neighborhood in Buffalo make sure there is someone waiting to take your donations because sitting for a time with a car full of material goods can be dangerous.

I got to meet the poor in a profound way during two medical missions with the Guatemala Healing Hands Foundation (guatemalahands.org). My wife is a physical therapist, and she joined a group of doctors, therapists and nurses who did amazing work treating and teaching the people of that beautiful country. I went along as a helper, doing whatever didn’t require specialized training.

Here are some of the non-tangible gifts I received from the people I traveled to serve. One is patience. They could sit peacefully for hours as they waited to be seen by a doctor who may or may not be able to help them. Therefore, I can certainly wait 10 minutes quietly in the drive-thru to get my medium coffee.

Another is a sense of family responsibility that I think has disappeared in much of the Western world. In Guatemala, family unity is a survival tactic. We saw small children with their parents and grandparents washing produce in rural streams before bagging it for transport to the capital city. This produce is the main source of income, and when it is time to harvest and prepare it for sale, it’s all hands on deck. Also, when children were brought to our hospital, the vast majority were brought by two parents. This was the case even when families had to travel long distances by bus.

A third gift was seeing that poverty is not a concept. People live in it, and the Guatemalans put a face on it. Often times that face was smiling, and when we took their children into surgery it was hopeful. And when I wheeled their children from the recovery room and lifted them into a bed, it was grateful.

The biggest lesson I learned from meeting the poor was gratitude. It’s shocking to have a father hand you his 9-year-old son who weighs only 30 pounds, his undernourished body far from reaching its healthy potential. Or to visit a village and help the residents build outhouses, with materials we supplied, for family compounds and to realize they have lived for generations without any sanitary facilities. Running water, in the form of a single hose, arrived only a few years ago. The only tools available were a shovel, a bucket and a machete, which was used to cut the concrete block (I failed miserably at this task).

At the end of the day, the grateful villagers fed us their finest meal, a huge sacrifice in a place where there is not food for the table every day.

Yet we didn’t have to go to Central America to encounter the needy. My family lives outside Buffalo, the country’s second poorest city behind Detroit. My wife treats the working poor in her office every day. They teach the left hand to do things the right can no longer do so they don’t have to take off a day of precious work. They come in petrified about losing their jobs, often working through pain. My wife calls it Guatemala in Buffalo and does what she can to help them keep their families fed.

I know firsthand that things are tough out there. I’m a print journalist and you are reading this online, for free. Work tomorrow is not guaranteed. But I also know that touching the poor changed me.

Pope Francis understands this. It’s why he said in an address in early August to people in Argentina, “Your heart, when you meet those most in need, will begin to grow, grow, grow! Because the meeting multiplies our capacity to love. The encounter with the other enlarges the heart.”

This struck me recently at Mass. In that day’s Gospel, Jesus relates the story of the man who was building bigger silos to store his excess grain, and is told his life was going to be asked of him that night. The priest said it was not the size of the wallet that would make it hard for the rich man to enter the Kingdom of Heaven, but the attitude of the man toward his riches.

The pope’s exhortations should not be viewed as a burden or a threat to our security but as a way of changing our hearts so that we might enter heaven. That should appeal to everyone, rich and poor, old and young.