Trending Now
You are at:Home»Featured»Like Pigs in Mud
By Carlos Caso-Rosendi on June 12, 2011 Featured, Government & Politics 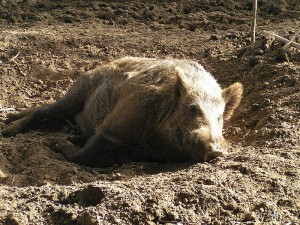 Another week, another dozen or so images of Weenie the Tweeter in various states of disrobe. I can only imagine the suffering of the poor wife, the humiliation of the family and friends at the sight of this debacle. Yet there is something worse than that. The poor guy wants to keep his job as a US Representative for New York. As long as he holds that position we are supposed to address him as “the Honorable.” Talk about irony!

It seems to me that this Weiner thing may end up being the straw that broke the camel’s back. Truly, after Clinton the Dems should have cleaned house and make sure that a thing like that would never-ever happen again. Serious vetting should have been the norm to check the mores of each and every member of the Democratic Party serving in official positions. But the party that jettisoned the American workers in 1968 to become the party of academia and the weird could not possibly do that. After all they are the pushers of the morality of anything goes, it’s my body, it’s my privacy, it’s my goat, mind your own business thank you! Yup. That was impossible.

People are not as stupid as politicians believe. I am sure more than one mother and father out there are thinking that these “public servants” are no better company for their children than those rap stars seen on television. Of course those rap stars earn their own money but that’s another story.

It may be wishful thinking but I wonder if we are not seeing the first signs of the end of Liberalism in America. From the sexual escapades of the brothers K to Weenie the Tweeter’s Adventures in the Internet there is a half century: enough accumulated evidence of what liberals want power for. They have ruined their own narrative and that in the age of the media is a grave mistake.

They put forward an incapable president, an empty suit. In time came the icing on the cake: lewd sexual behavior by a rep who would not quit and disappear. I am beginning to experience Weiner-fatigue and I don’t even watch TV! It is sad to see him dragging the old dead cat of the Bill-Monica scandals back into the living room just in time to aid a failing president with an appalling economy in his hesitating hands.

The plot thickens. Every day is one day closer to November 2012. The message of the day for all Americans seems to be that moral choices affect much more than our own bodies. A bad choice can ruin your whole decade.