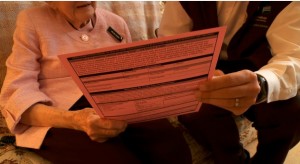 Physician Orders for Life-Sustaining Treatment (POLST) has taken another well-deserved hit. The Wisconsin Catholic bishops have issued a brilliant statement entitled “Upholding the Dignity of Human Life.”  In this statement, the bishops make clear that the POLST form has serious problems, outlining them as follows:

The POLST document raises concerns as to whether it accurately reflects and protects a person’s wishes. Concerns surrounding the current POLST form used in Wisconsin include:

• the lack of a patient signature acknowledging that the form truly represents a person’s choices;

• potential conflict with current Wisconsin law and/or other advance care directives (for example, use by minors or their guardians, or use during pregnancy);

• the absence of a conscience clause that protects facilities or practitioners, which cannot follow a POLST treatment order due to the institution’s or person’s moral, ethical, or medical concerns; and

• the immediate effect of the document, even when a person is receiving non-emergency treatment.

The Wisconsin bishops then instruct their flock, “Due to the serious and real threats to the dignity of human life that POLST and all similar documents present, we encourage all Catholics to avoid using all such documents, programs, and materials.”

Furthermore, the bishops remind Catholics that “over-zealous treatment” of a patient is neither ethically nor morally necessary. This can be read in passage 2278 of the Catechism of the Catholic Church, which states, “Discontinuing medical procedures that are burdensome, dangerous, extraordinary, or disproportionate to the expected outcome can be legitimate; it is the refusal of ‘over-zealous’ treatment. Here one does not will to cause death; one’s inability to impede it is merely accepted.”

American Life League’s support of the bishops’ statement pointed out that the moral dangers of POLST are such that no patient can be protected from misinterpretation; therefore we recommend that concerned individuals sign a Loving Will. This is a document created by physicians, lawyers, and theologians that allows individuals to clearly state their desire that they should receive all ordinary treatment and comfort care and, most importantly, that their death should not be hastened.

Contrary to the arguments posed by the POLST proponents, Peggy Hamill, president of Pro-Life Wisconsin, tells the story accurately when she says:

Brightly colored POLST forms are being presented to patients in Wisconsin and across the country who are viewed by caregivers as not worthy of life-sustaining care. In other words, care, even minimal care, is viewed as futile or too costly. When attached to a medical chart, POLST can act to limit the use of life-saving treatment, technology, and even antibiotics and ordinary care such as food and hydration. POLST forms are presented to vulnerable patients often at a time when the patient’s appointed advocate should be the one making medical decisions. Once the form is filled out and signed by a doctor or physician’s assistant, its effect is immediate and can override a patient’s own advance directive and judgments of the patient’s medical team on the scene.

Dr. Elizabeth Wickham, who has been one of the leading opponents of efforts to standardize POLST, has often said that the form itself is similar to premeditated killing in that the form—and those who advocate for it—find a subtle way of helping those who are ill and require great care to die, instead of providing the living with the sort of treatment and care that common decency would require. In a recent e-mail, she quoted a sermon by Bishop Clemens August, Count of Galen, delivered August 3, 1941, in which he said,

For the past several months it has been reported that, on instructions from Berlin, patients who have been suffering for a long time from apparently incurable diseases have been forcibly removed from homes and clinics. Their relatives are later informed that the patient has died, that the body has been cremated and that the ashes may be claimed. There is little doubt that these numerous cases of unexpected death in the case of the insane are not natural, but often deliberately caused, and result from the belief that it is lawful to take away life which is unworthy of being lived.

Wickham likened this to what is happening today when she observed, “The POLST form makes it legal to do this to people who have been persuaded that their life is unworthy of being lived.”