Trending Now
You are at:Home»Featured»Looking for Salvation in All the Wrong Places
By Ken Connor on October 10, 2011 Featured, Government & Politics 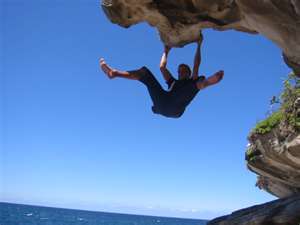 The need to worship is hardwired into the human psyche.  Yet, as unfashionable as it’s become in the last century to worship the God of Creation, the same cannot be said of the worship of political heroes.  The most notable — and horrific — examples that come to mind are found in the frenzied, almost religious zeal that led to the rise of tyrants like Hitler, Stalin, and Mao.  One would think that the 20th century would have broken us of our delusions about one man’s ability to perfect society, but think again.

The American people — exceptional though we are in so many ways — are among the best at creating political golden calves.  We are obsessed with image; we love a good stump speech; we can’t get enough of soaring rhetoric and a snappy slogan!  The almost cult-like enthusiasm for Barack Obama is only the most recent example of this phenomenon.

But as Mr. Obama’s star has begun to fade and the 2012 elections loom large, it’s now the GOP that’s casting about for a savior.  The current field of would-be candidates contains all the necessary components for the perfect Republican chimera.  Combine Romney’s good looks with Gingrich’s intellect and experience, add a bit of Cain’s ethnic appeal and everyman charisma along with a dash of Ron Paul’s plain-spokenness and Mike Huckabee’s self-deprecating good humor and you have almost the perfect candidate.  The only thing missing is the hard-hitting, inimitable grit of someone like Chris Christie, and with a clear front-runner yet to emerge from the pool of declared GOP presidential hopefuls, more and more Americans are concluding that the New Jersey governor just might be the man to save us from our worsening woes.

These kinds of emotional pleas have become commonplace for Governor Christie, according to a recent Washington Post article by Dana Milbank.  Having reached a point of desperation, Americans eager for a hero to hang their hopes on, have resorted to outright begging.  The only problem is that Chris Christie isn’t capable of living up to the public’s growing expectations of him.  No one is.  Milbank explains:

“I feel sorry for this woman, because she will, inevitably, be disappointed – even if Christie runs, even if Christie wins.  This is because it is not Christie that she and so many other Republicans want but what Christie represents: a political superman who can, in a single-bound, transform the whole mess our political system has become.”

The point to be made here is that there is no such thing as a political savior, and no candidate is 100% ideal.  Since every human being is beset by the frailties and faults inherent in our fallen natures, it is foolish to place such weighty expectations on an elected official.  Besides, the lion’s share of responsibility for the country’s current woes rests squarely on the shoulders of the people themselves.  There is certainly plenty of blame to place on the shoulders of George W. Bush, Barack Obama, the Congress and Wall Street, but, at the end of the day, their actions would not have had nearly the impact they did without the support (either implicit or explicit) of the public-at-large.  Unless individuals and families and communities across America are willing to step up and take ownership of their share of this problem, nothing will change and America will continue in its slide toward the abyss.

America’s first order of business should be to acknowledge the relationship between our worsening political and economic climate and our declining moral and spiritual health.  As easy as it may be to paint Wall Street fat cats as the arch villains in this tale, it is a lack of discipline and self-restraint at the individual level that enabled them to do what they did.  Are the peddlers of sub-prime mortgages guilty of rank opportunism?  Absolutely.  Are they responsible for the greed that led people to purchase homes they couldn’t afford on credit terms they couldn’t honor?  No, they are not.  Similarly, it is disingenuous to point the finger of blame at corrupt and self-serving Washington bureaucrats when the people who elected them have been complicit in creating a culture characterized by self-centeredness and a lack of restraint.

Political leadership is important, of course, but it is not a panacea.  If only it were that easy!  If the people are looking for salvation, they need to look in a mirror.  Only a reclamation of essential virtues such as honesty, self-discipline, thrift and restraint can pave a path towards recovery from the many challenges we face.  In short, what is needed is a second American Revolution: a return to the virtues that made our country great, that produced a vibrant economy and that made us a shining city on a hill.

Maybe what we really need, then, is a candidate who will remind us that the solutions to America’s major problems lie within the people themselves, and who will motivate us to take the steps we need to solve our own problems.  Just who that candidate might be remains to be seen.  But unless the people themselves willing to do the lion’s share of the work moving forward, no one short of Jesus Christ himself will be able to unravel the mess we’ve made of this country.