Trending Now
You are at:Home»Learn & Live the Faith»Apologetics»Love in a Fallen World
By Philip Primeau on October 25, 2012 Apologetics, Featured 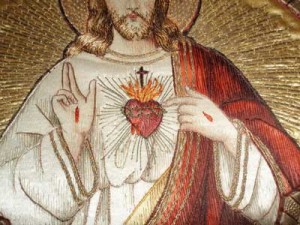 Defenders of homosexuality and proponents of so-called gay marriage often accuse Christians of hypocrisy by juxtaposing our commitment to “traditional morality,” as it is called today, with the dominical command to love one’s neighbor. Such an accusation, aired in a very public forum, was recently cause for considerable discussion at my place of work. I was surprised, despite myself, at the number of people who took this “argument” seriously.

Yes, Christians are ordered to love indiscriminately: “A new commandment I give unto you: That you love one another” (John 13:34). However, to love someone is to wish the best for him.

The goal of existence—the best man can achieve—is communion with God. To share God’s life, man must be made like God (insofar as this is possible): “For those whom He foreknew He also predestined to be conformed to the image of His Son” (Romans 8:29).

Now the God revealed in Jesus Christ is supremely holy: “Holy, holy, holy!” (Isaiah 6:3) sing the angels who surround Him. Man is therefore urged to pursue sanctity through repentance.

As St. Paul wrote, “Put off your old self, which belongs to your former manner of life and is corrupt through deceitful desires … and put on the new self, created after the likeness of God” (Ephesians 4:22, 24).

Homosexuality is a “deceitful desire,” but so is excessive drinking, cursing, adultery—and many other “normal” transgressions that plague straight and gay alike. Christians exhort all people to crucify their passions, that they may be “hidden with Christ in God” (Colossians 3:3).

We are so bold because we know that humanity is no longer enslaved by sin and death. Through the incarnation, human nature has been sanctified. Through Christ’s humble self-offering on the cross, Adam’s rebellion has been overcome: obedience has trumped disobedience. And through the resurrection and ascension, death has been defeated and Christ has “filled all things” (Ephesians 4:10).

In short, the “kingdom of God is at hand” (Matthew 3:2). But man can only enter this glorious realm through repentance. Repentance is not guilt, but rather turning from the self to God.

Christians reject homosexuality precisely because it interferes with this repentance, this turning toward God, this grasping for the Ultimate Good. Homosexuality is immoral because it abuses the gift of sexuality and distorts the meaning of love, thus drawing a person back into himself. It is a wayward manifestation of eros.

Sexuality is a wonderful dimension of human nature, but very vulnerable to corruption. Homosexuality is such a corruption—though hardly the only one.

Human sexuality is meant to be unitive and procreative, both of which demand complementarity, or difference-in-harmony. Each of the sexes uniquely reflects the splendor of God. “So God created man in His own image … male and female created He them” (Genesis 1:27). Thus man is completed by woman, and woman by man. More important still is child-bearing, the climax of sexuality, by which humans participate in the mystery of creation.

Pope John Paul II wrote, “Love is the fundamental and innate vocation of every human being” (Familiaris Consortio). Gays and lesbians are called to chastity; to cultivate love in friendships and family, in God and His Church. Straight people are also called to chastity. Those who are married must respect the bonds of matrimony, while those who are single must be continent.

Love, not hate, motivates the condemnation of homosexuality. Christians desire the whole human race to enjoy the heavenly gifts which the Father has promised in His Son. Homosexuality is just another passion that must be nailed to the cross of Jesus Christ, in whom is found freedom and peace, forever and ever.