Trending Now
You are at:Home»Featured»Love Your Priests – All of Them
By Michael Seagriff on November 21, 2011 Featured, MyChurchParish.com, Vocations 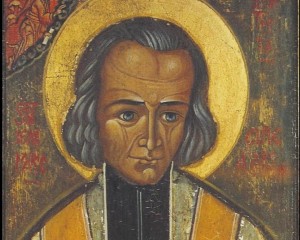 Blessed John Paul II gave the Church many beautiful gifts; among them were the Year of the Rosary (2002-2003) and the Year of the Eucharist (2004-2005).  In doing so, he encouraged priests, religious and laity to use these gifts and harness the spiritual power and strength that flows from them. Both he and his successor have urged their priests to make the Eucharist the source, center and summit of their priestly lives and to fully embrace and live their unique vocation as “another Christ.”

During the Year for the Priest (2009-2010) Pope Benedict XVI held St. John Marie Vianney up as the model for all priests because the Cure of Ars accepted the cross, was full of zeal for the salvation of souls, was an ardent Adorer of the Blessed Sacrament, was greatly devoted to our Blessed Mother, a lover of sinners who spent hours daily reconciling them with their merciful God, a model of purity, humble in all things, lover of penance and mortification, and a good and holy priest.

Not a single priest should be hesitant to imitate this great priest and saint! There have always been John Vianneys in our midst. Thankfully, more priests are responding positively and wholeheartedly to the Holy Father’s challenge. We are beginning to experience the fruits of their faithful embrace of that call! While we certainly need more priests, we first need holy priests whose Christ-like example will attract other men to the priesthood they love.

Unfortunately, some have rejected this humble and obedient man as a model for their priestly lives. This should not be surprising.  We know from the words of the prophet Malachi and sadly from our own contemporary experiences that there will always be some who “have turned aside from the way and have caused many to falter by their instruction” (Mal.2:8).

There are a multitude of reasons why some priests have chosen not to follow the Cure’s example. There are those who have succumbed to a false sense of humility believing they are not capable of living such a life; or who refuse to make the Eucharist the source, center and summit of their priestly lives; or who have abandoned the cross, the altar, the pulpit, fraternal correction, the confessional, zeal for the salvation of souls or a life of self-sacrifice; or who have treated their priesthood as if it were no different than the secular vocations of lay men and women, by becoming community organizers and social activists instead of fishers of men; or who have placed a premium on being politically correct; or who have devoted most of their energies to the worldly sphere of influence instead of the supernatural and eternal one that flows from the Eucharist and the confessional; or who have failed to faithfully teach and defend the Truths of our Faith; or who, instead of “faithful assent” to all of the Church’s teachings, mislead themselves and untold numbers of others by suggesting that there is such a thing as “faithful dissent;” or who have remained silent in the presence of sin; or who have abandoned clerical dress for worldly attire; or who aspire to be treated more as a regular guy than “another Christ,” or who prefer to be called “sacramental minster” rather than a priest.

Our priests have supernatural tasks which cannot be done by relying on their natural abilities.  Yet some insist on trying to. How sad it is whenever I hear one of Christ’s overburdened priests claim that there are days when they are so busy they don’t pray! How can that be? Did not Jesus tell Martha to set her priorities in the right order? Were not the Cure of Ars, Fulton Sheen, Blessed John Paul II and Blessed Mother Teresa busy people? Yet each of them spent at least one hour daily in front of the Blessed Sacrament because they knew it was He not them who would accomplish that which He asked them to do. Never once did their daily Holy Hour impede their ability to complete God’s work. To the contrary, it was because of their daily faithfulness to spending time in His Presence that they were able to do what they did. Why do so many doubt this truth?

Where are the lay people who have the expertise to do the worldly tasks that drain so much time and energy out of men who were ordained first and foremost for the salvation of souls, to say Mass, to forgive sins and to administer the other sacraments? None of our priests should be bookkeepers, financiers, purchasers, social workers, community organizers or clerks of the works. They are and must be about saving souls! Similarly, we lay people should be about using our skills to lighten our priest’s administrative tasks and evangelizing the unique areas in which we live and work instead of yearning for quasi-clerical positions.

The good news is that despite any shortcomings among some of our priests, all of them can yet be the holy priests God called them to be and that we need. They must put the Eucharist and the Mass at the center of their daily lives. They must listen and obey Christ’s Vicar on earth.  They must (as Archbishop Fulton Sheen wrote) recognize that their sanctification (as well as ours) starts with a “lively faith in the Divine Presence,” “that their holiness makes the Church holy,” that their primary concern must “be the tabernacle, not the rectory, not the ego, but the Lord, not [their]comfort, but God’s glory,” and that “only those who believe the incredible can ever do the impossible.”

Our priests certainly would also be well served, as Pope Benedict XVI suggested, to reflect on the words spoken to them as newly ordained priests when their Bishop presented them with the chalice and paten: “Understand what you do, imitate what you celebrate, and conform your life to the mystery of the Lord’s Cross.”

I must hasten to acknowledge that we lay men and women share some blame for the current crisis in the priesthood. We have not fully appreciated our priests, or the enormous demands placed on them, or the unrelenting attack to which the Evil one subjects them.  In that sense, we have let these special men down. Too often we have failed to support or encourage them when they have shared the sometimes difficult demands of our Faith. Some of us have actually discouraged them from preaching the Truth.

Whatever we have failed to do, now is the time to make amends. Our priests need us and the power of our prayers. Just as there is no reason for any of them to fear emulating St. John Vianney, there is no Catholic who should hesitate offering a monthly novena to that great saint on behalf of our priests. It is a simple but powerful gift we owe them. You can find the novena here. Today would be a great time to begin!