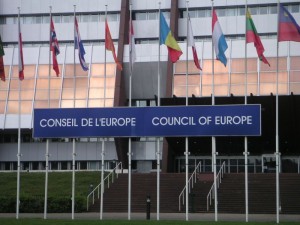 On January 25, 2012, the Parliamentary Assembly of the Council of Europe adopted a resolution setting the following, “Euthanasia, in the sense of the intentional killing by act or omission of a dependent human being for his or her alleged benefit, must always be prohibited.”

The purpose of the resolution (n°1859/2012) entitled “Protecting human rights and dignity by taking into account previously expressed wishes of patients” is to define the principles that should govern the practice of “living wills” or “advance directives” in Europe.

Those “living wills” or “advance directives” are aimed at enabling a patient to express in advance his wishes relating to a medical intervention or treatments, in case he is not able to express his wishes at the time of the intervention. Those directives may apply, for example, when there is a doubt regarding the necessity or opportunity to reanimate a patient or to continue to use extraordinary means to maintain him alive. In such situations, the patient’s previously expressed wishes should be taken into account.

Because those “living wills” or “advance directives” are open to many abuses, and are a “backdoor” for introducing euthanasia or assisted suicide into legislation, the PACE has made a list of principles that shall govern this practice in the 47 States of the Council of Europe.

This list is based on principles elaborated in three documents previously adopted in the Council of Europe*, including the Convention on human rights and biomedicine (Oviedo Convention), which legally binds the majority of member States. But because of the growing concerns around euthanasia, the Assembly ascertained that it is necessary to recall explicitly the basic principle that intentional killing must always be prohibited. The prohibition of euthanasia is also a fundamental rule of the medical deontology.

This is the reason why the first principle enunciated by the Resolution is the clear ban of euthanasia. Then comes the list of principles and guidelines. Another positive principle, also introduced by the Italian MP Mr Luca Volontè, has to be underlined; it express that “in case of doubt, the decision must always be pro-life and in favour of the prolongation of life” (§ 7.8.).

This Resolution is a clear indication that the growing majority of Europeans is opposed to euthanasia. The many abuses occurring in the countries allowing euthanasia are alarming and constitute violations of true human rights. It is convincing that euthanasia must always be prohibited. The small number of European States allowing euthanasia shall review their legislation according to the principles set forth by the PACE.

Even if this resolution is not legally binding on Member states, it has a real influence on the legislative process and on the judicial process, especially on the case-law of the European Court of Human Rights.

– On the legislative process, the Assembly “recommends that the Committee of Ministers [the 47 national ambassadors in Strasbourg]bring the Resolution to the attention of member states, with a request for implementation.”

– On the judicial process, this Resolution will have an impact on the European Court of Human Rights, in particular on its future decision in the case Koch v. Germany. In this case, the Court is mainly called to decide whether or not the ban of “assisted suicide” in Germany respects the Convention. In this case, the applicant, Mr. Ulrich Koch, complains for the refusal by the German administration to give to his late wife authorization to obtain a lethal substance in order to commit suicide. The Resolution of the PACE shall have an important impact on this case.

As Mr. Luca Volonte’, chairman of EPP Group in the PACE, underlines, “last year we obtained a great victory reaffirming the right of medical practitioners to conscientious objection; today we also fought a good battle and we have won, thanks be to God, against the real ideological tyranny of culture of death (…); now euthanasia is completely banned from PACE.”

Thanks are also due to Mr Volontè and to all the distinguished members of the Assemble who supported this text in support of life and dignity.–

* PACE Recommendation 1418 (1999) on the protection of the human rights and dignity of the terminally ill and the dying; the Oviedo Convention and the Committee of Ministers Recommendation CM/Rec(2009)11 on principles concerning continuing powers of attorney and advance directives for incapacity.