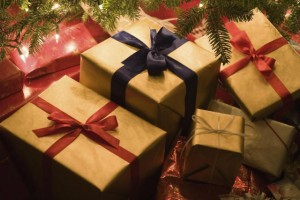 It is 1535 London.  The prior of the Carthusian monks at the London Charterhouse tries to prepare his brothers for a coming persecution, martyrdom for many of them.  The Prior, John Houghton exhorts his brother Carthusians to prepare their hearts by a general confession to God, and gives leave that every one should choose any confessor in the monastery whom he liked.  Maurice Chauncy, one of these Carthusians monks tells what happened on the day following the day of reconciliation with God:

Our Father having made a long and most devout sermon on charity, patience, and firm adhesion to God in adversity … concluded his sermon thus: “Because in many things we offend all, and every one is debtor to his brother, and because without charity neither death nor life profit anything, let us be reconciled to one another. It is better for us to receive a short punishment here for sin, than to be kept for eternal torments.” Then he said: “My dearest Fathers and Brothers, what you see me do, I beseech you to do likewise.” Then rising, he went towards the senior of the house, sitting next to him, and kneeling before him, humbly begged pardon and forgiveness for all his excesses and sins at any time committed against him in thought, word, or deed. And in the same manner the other did to him, begging pardon for his. And so the Father, going first through his choir and then to the other, made the same request to each separately, down to the last Lay-brother, weeping bitterly over each. In like manner all followed him one after another, each from each begging pardon.

Eventually 18 Carthusians in England were martyred under Henry VIII.  Saint John Houghton helped to prepare his brothers under his care to meet Christ, to purify their hearts to make room for Christ.  Isn’t this what we are trying to do in our own lives, especially during Advent?

Taking example from the Carthusians, we can also reconcile with God and members of our family this Advent season.  Starting with the sacrament of penance, we can then go to those we’ve offended and beg forgiveness.

In our family we imitate the Carthusians in a more formal way.  It has become an Advent tradition.  Here’s how it works.

Typically during the latter days of Advent and Lent everyone in our family goes to confession at our parish.  Then on a day soon after we have all been to confession, we gather together in imitation of these Carthusian martyrs.

We make an examination of conscience, written and read by the father (me).  We collectively beg God’s forgiveness with an Act of Contrition.  Then in the example of St. John Houghton, one by one we ask each other forgiveness for the wrongs we have done.

It is fairly simple in action.  I, as father begin by going to my wife and asking her forgiveness for wronging her — sometimes mentioning something specific, sometimes in generality.  Then I go to my oldest and do the same, and then to the next, and so on.

My wife follows me to each child.  And then the children go to Mom and Dad and each other.  When we are finished, we sing a song of praise to God and sometimes partake in something good to eat.

In this way we can take a step back from the sometimes frantic preparations of gifts and decorations for Christmas and make sure we are reconciled with God and with each other.  Prepare in me a clean heart, o Lord, for Your coming at Christmas!