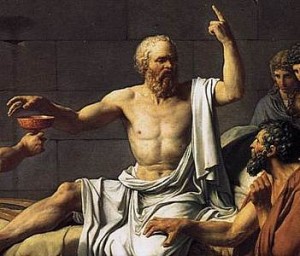 On the 6th of November, citizens of Massachusetts will face a critical vote. The choice people make on Question 2 is a choice that literally involves a life or death decision. The so-called “Death with Dignity Act” brings with it a dark deception.

The citizens of Massachusetts are being asked to vote for or against the legalization of physician-assisted suicide in our state. If passed, a person with a prognosis of six months or less to live would be permitted by law to request from their physician, a prescription for lethal drugs for the purpose of helping them to end their life “in a humane and dignified manner.”

Oregon and Washington are the only two states to have legalized physician-assisted suicide to date. They did so by ballot referendum, the same form of enacting the law being attempted in Massachusetts. A ballot referendum essentially bypasses the state legislature and brings the question directly to the ballot for a vote through the gathering of signatures.

Legalizing physician-assisted suicide has been attempted in other states too, but interestingly, wherever it has gone through the legislature, it has been defeated. Knowing the dangers of the legislation, through testimony or other forms of communication, certainly makes a difference.  Informed consent is important.

The proponents of this death-dealing act are the former “Hemlock Society” (whose very name connotes death by poison). Now known as “Compassion and Choices,” the group that promotes “aid in dying” is targeting the northeast, particularly Massachusetts. Regrettably, if our state falls, so goes the rest of the nation.

There are many flaws in the proposed law, beginning with the fact that the person who requests the lethal drugs must have been given a prognosis of six months or less to live. As doctors themselves attest, predictions of life expectancy can be wrong – people often outlive their prognosis by months or even years. Also, other appropriate safeguards are absent.

Many suicides are caused by untreated depression which could be alleviated with the right therapeutic intervention, yet there are no requirements in the law saying doctors must refer for any kind of mental health evaluation. Two people must witness the patient’s request for the drugs; however, only one has to be a disinterested third party, leaving the door open for the other witness to be a relative or an heir.

Furthermore, the law also does not require that the actual ingestion of the drug be witnessed, nor is there any requirement to record any witnesses who may be present at the death. The term “physician-assisted” suicide can mislead people to think that the physician would be present at the bedside –he would not be in attendance.

Another problem:  family members do not have to be notified. The law also does not require that effective options such as palliative and hospice care be recommended as alternatives, and while it is understandable that people fear a painful death, advances in palliative care medicine have made it possible for pain to be effectively alleviated.

Lastly, when the patient dies, the death certificate must list the cause of death as the underlying illness, not the effect of the lethal drugs; this provision requires a public record to be falsified. We are called to comfort the sick, not to help them end their lives!

Do we really want our doctors to have a license to kill us?

Many medical organizations have voiced their opposition to the legalization of physician-assisted suicide, including the Massachusetts Medical Society and the American Medical Association.

Most doctors clearly recognize that this would be a complete violation of the integrity of the medical profession, who for millennia, have held to the principle of “first, do no harm,” and whose mission is “always to care, even when medicine cannot cure.”

Not only does Massachusetts’ seriously flawed proposed law contradict everything we believe about human life and dignity, it deprives those who are dying, and their families, the many opportunities and graces intertwined with their journey to their eternal destiny.

Our culture is caught up in the idea of avoiding suffering at all costs, and, while certainly no one relishes the thought of suffering, the idea of “embracing” it can be particularly challenging. The notion that suffering can be redemptive seems quite revolutionary to the modern mind.

In his apostolic letter, Salvifici Doloris (On the Christian Meaning of Human Suffering), Blessed Pope John Paul II points out how inextricably interwoven are these mysteries of suffering and redemption:  “Human suffering evokes compassion; it also evokesrespect, and in its own way it intimidates. For in suffering is contained the greatness of a specific mystery. This special respect for every form of human suffering [is expressed in]the deepest need of the heart, and also by the deep imperative of faith.”

As we begin our worldwide observance of the Year of Faith, let us reflect on Pope Benedict’s message in Porta Fidei: that our task is to rediscover “the content of the faith that is professed, celebrated, lived, and prayed, and to reflect on the act of faith.” In this way, “members of the Church will be credible and joy-filled witnesses…capable of leading those many people who are seeking it to the door of faith” (n. 9).

As people of faith, we recognize the power of the gift of compassion. To “suffer with” a loved one at the end of life is a transformative experience. Why would anyone want to deprive themselves or another of the opportunity to find peace and reconciliation in their last days?

Those who are ill and dying, and those who care for them, can be particularly powerful witnesses to the faith, and they can bring many souls closer to Christ. Anyone who has journeyed with a person of faith who is in their last days of life cannot help but be touched by this experience of uniting their suffering to Christ’s passion, and the hope of eternal life.

The proposed legalization of physician-assisted suicide is a binding referendum. If it is passed, this will enact a new chapter in the Massachusetts General Laws, effective Jan. 1, 2013. Many people throughout the state, including a number of coalitions and professional groups alongside the Catholic Church, have been working vigorously to oppose Question 2.

However, there are still many people unaware of what is being asked of them. Even those who do not share our fundamental beliefs in the dignity of every human life, or the recognition that God alone is the author of life and death, surely could at least understand that this is a horribly flawed piece of legislation and that a no vote is in everyone’s best interests.

We need everyone’s help! Please spread the word. Perhaps you know someone who lives in Massachusetts and is yet unaware. Let them know about the dangers of Question 2 and ask them to tell their families, friends, co-workers, etc.

And most especially, please pray for us!  If Massachusetts falls, other states will soon follow suit. In Deuteronomy, we read, “I have set before you life and death, the blessing and the curse.  Choose life, then, that you and your descendants may live.”

This article originally appeared at HLI’s Truth and Charity Forum.