Trending Now
You are at:Home»Columnists»May Blossoms, Part One
By Marge Fenelon on April 30, 2011 Columnists, Featured, Live in Christ 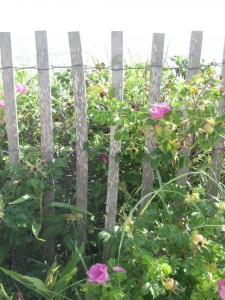 It already started, you know. The hoopla over Mother’s Day is well underway. In the next several days, the greeting card companies, florists, and chocolate manufacturers will do their best to make us feel like villains if we don’t get our mother something sweet and sentimental for “her” day. At least, of course, we’d better send her a card, because, of course, every red-blooded American remembers Mom on Mother’s Day. I mean, geesh, even gangsters and swindlers send their Ma’s a dozen (flowers, that is) on Mother’s Day.  So, we’d better, too, right?

Absolutely! Sarcasm aside, Mother’s Day is important and we should remember our mothers regardless of what kind of mothers they were to us. They did their best with what they had; some more, some less. Readers who’ve followed my columns these…err…past few years…will recall that I have a rebellious streak that makes me bristle at any attempt to force me to show appreciation for someone else. I’m not a fan of Valentine’s Day, Sweetest Day, Grandparents Day, or Father’s Day, although I deeply love my husband, grandparents, and dad. I love nature, but even Earth Day doesn’t move me. I planted a tree on Arbor Day once, but that was because it was a school project required for the kids. Similarly, Mother’s Day doesn’t do anything for me, even though I love my mom and know my kids love me.

I admit that I don’t mind a hug, kiss on the cheek, and a sincere “thank you” for being mom to my four fantastic kids. Flowers and chocolates are pretty nice, too. But I don’t want them because the calendar dictated it so; I want it because it’s a spontaneous welling of gratitude. Additionally, Fenelon Clan spoils me to the point that I don’t feel I need a special day — they make me feel special all year long with lovely little surprises and genuine signs of their affection and appreciation.

Certainly one could argue that we forgetful human beings need reminders, even for things that should come naturally, spontaneously. I agree. I need reminders, too. But when I look around me and see all the advertisements for Mother’s Day, I cringe. Not because it’s Mother’s Day, but because there’s a Mother who deserves all of our love and devotion and who is often forgotten in the hustle and bustle of the commercial. That’s our Mother Mary!

According to Church tradition, the entire month of May has been set aside for special devotion to the Blessed Mother. Originally, the month of May was devoted to special prayers for favorable weather and a good harvest. In ancient Greek times, the month of May was dedicated to Artemis, goddess of fecundity. In Roman times it was dedicated to the goddess Flora, asking her intercession for all that blooms. Later, May was related to the medieval practice of expelling winter and preparing for new life. Regardless of the specifics, the transcendent theme was new life.

At one time in the Church (just after the turn of the first millennium), it was the custom to have a “Mary month”, which lasted from August 15 to September 14. During the same period, it became customary to maintain a period of time after Easter in which to honor the Passion and Cross. In the early 1300s, the custom became associated with the finding of the True Cross on May 3. Through this development, Mary  — as Christ’s mother and companion in his suffering  — became associated with the May devotions, mostly through the association of biblical images and Mary, particularly in the Song of Songs (2:1), in which she was seen as the “Rose of Sharon”, and the “Lily of the Valley”.  This led to the dedication of May to Our Lady as a month of blossoms and flowers.

In many dioceses around the world, bishops promoted and participated in parish-wide and diocesan-wide celebrations and devotions throughout the entire month of May. Parishioners erected special May altars in their churches, crowning our Blessed Mother with a crown of blossoms, symbolizing her beauty and virtue and as a reminder of our call to imitate her. Families did the same in their homes, and devotion to Mary during the entire month of May became widely accepted.

Sadly, after Vatican Council II, May Marian devotions dropped in popularity as result of the misconceptions of what was actually proclaimed during the Council about our Blessed Mother. Indeed, the Council advocated devotion to Mary and in no way attempted to do away with the May devotions that had become such an important part of popular piety. The Council did say, though, that Marian May devotions could not overpower the celebration of the Easter season, which continues from Easter Sunday to Pentecost. This may have caused the confusion that convinced many to put the May Marian devotions aside.

In recent history — particularly since the 1980s — Marian devotion has embarked on an upswing and May again is becoming known as Mary’s Month among Catholic circles. For this, I am most grateful! Truly, of all the mothers honored, she is most deserving. She has given, is giving, and will give, her all for us because she is our Mother as prescribed by Christ as he hung dying on the Cross on Good Friday. So, when I see the boxes of chocolates, greeting cards, and bouquets of flowers plastered all over billboards, commercials, websites, and magazine pages, I’m reminded that all mothers deserve our appreciation and gratitude. But, I’m also reminded that there is a Mother who really deserves all of these gifts but who is often forgotten. That’s our Mother Mary, and I’m thinking it wouldn’t be all that bad if we felt like villains if we didn’t give her something sweet and sentimental.

In Part Two, I’ll discuss practical and spiritual ways in which we can demonstrate our devotion to Mary during the month of May.